Home News Vettel: Rivalry with Leclerc is hyped up 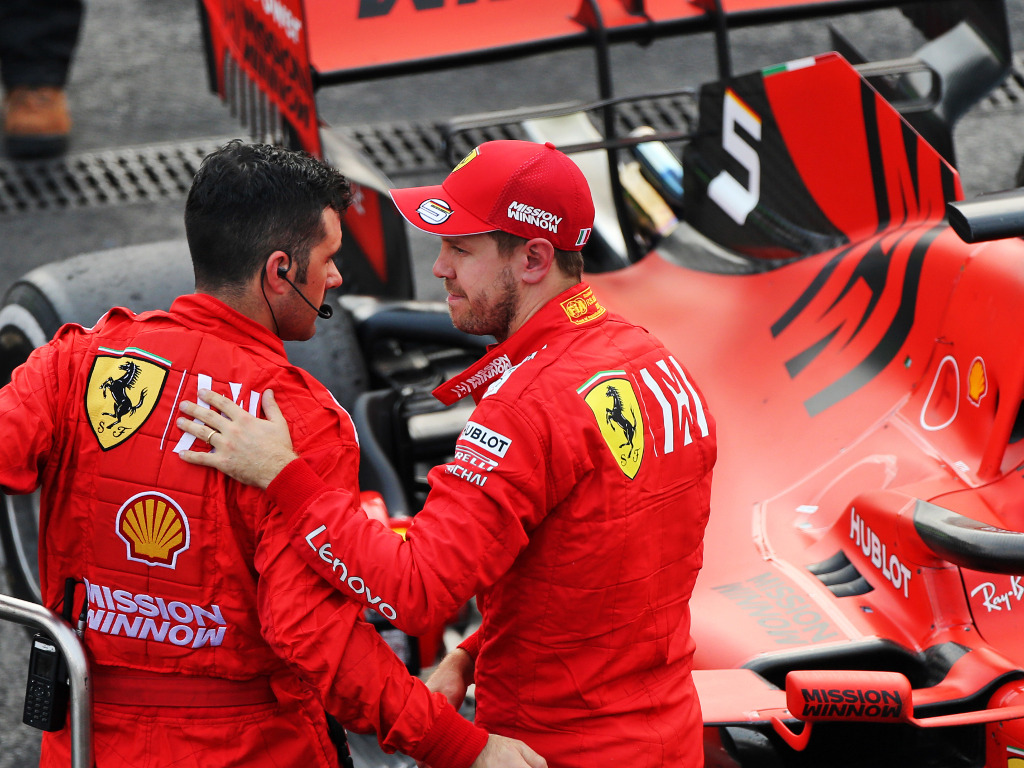 Sebastian Vettel has said that he and Charles Leclerc “don’t have a problem with each other” and the rivalry is hyped up “a little bit”.

All leading members of the Ferrari team have been hit with more questions about the driver dynamic following the clash between Vettel and Leclerc in Brazil which resulted in both cars retiring from the race.

Leclerc and Ferrari boss Mattia Binotto have both had their say on the matter, and now so has Vettel after arriving to Abu Dhabi slightly later than usual following the birth of his third child.

“Obviously it’s unfortunate what happened, and we want to make sure it doesn’t happen again,” Vettel told reporters at the Yas Marina circuit.

“That’s clear. That’s the most important. The key for me is that we get along, we don’t have a problem with each other.

“I know that the outside tries to hype this a little bit, but actually there’s nothing to worry about from the inside.”

Vettel acknowledged that more room needs to be left between himself and Leclerc if they are to battle on track again in future.

He added: “I think the lesson is that if we race each other then we need to give each other more room to make sure that we don’t touch.

“It was a very little touch, but the touch led to a result.”