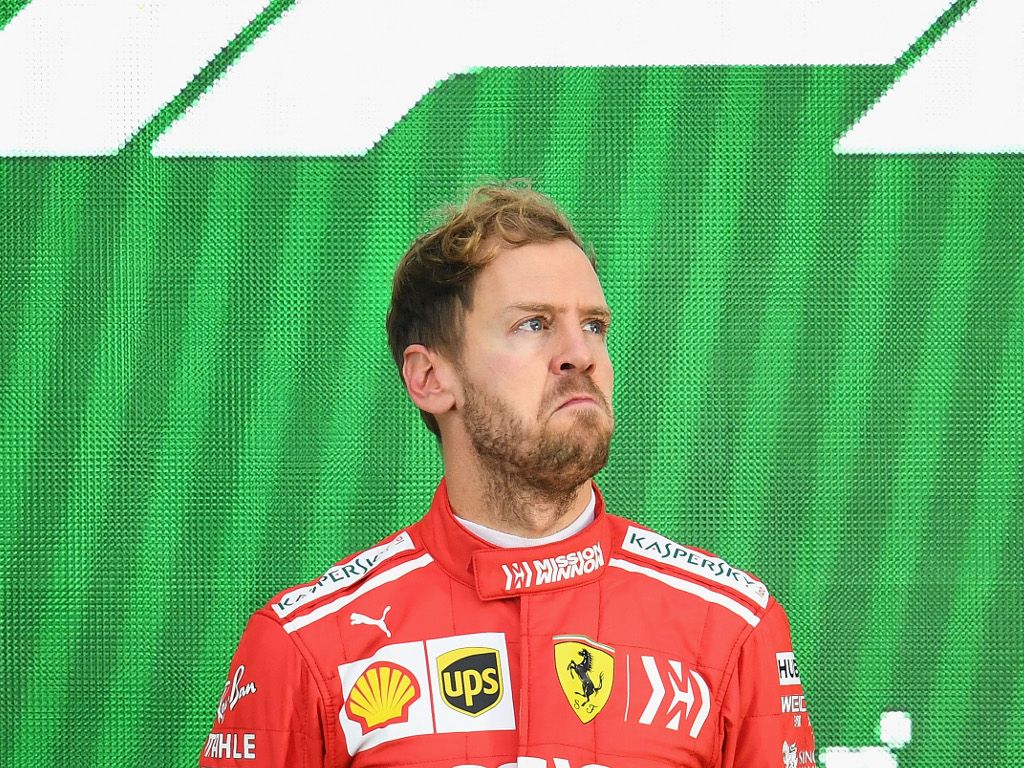 Sebastian Vettel is adamant neither his German GP retirement nor his Italian disaster were the defining moments in his season, rather it was Singapore.

On Sunday, Vettel’s chances of securing a fifth World title were over as Lewis Hamilton wrapped up the crown with a fourth placed finish in Mexico.

The end of the championship race led to questions about where it went wrong for Vettel and Ferrari.

Asked whether he would agree that his German GP DNF, the result of a crash while leading, or his Italian Grand Prix woes, which included lap 1 contact with Hamilton, were the key moments, Vettel said no.

Instead, he feels it was Singapore.

“None of the two, to be honest,” he said. “For me it was more Singapore.

“I think, yeah, from Singapore onwards we just didn’t have the pace to keep up with Mercedes for a couple of races and then obviously some other things happened on top that didn’t help and we couldn’t score the points due to mistakes that we did, mistakes that I did. So it didn’t help.

“I can’t be too hard on myself with what happened in Germany because it’s not like… I’ve done much bigger mistakes this year but obviously it was the most costly one.

“Unfortunately it’s part of racing: when you push you might be sometimes pushing a little bit too hard. I chose the wrong corner as well. But anyway, it’s behind me and I’m not really thinking about that too much.

“I consider it part of racing and it happens to others as well. So, but yeah, seeing that struggled in the last couple of weeks, just for pace and speed was probably more defining than that.”

But while the German, a four-time World Champion, conceded that for today he is “not the happiest guy” around, he has vowed to bounce back and give his all at the next race, the Brazilian GP.

“I don’t want to make a big deal about today. As with the question before, you could see it sort of coming, but for sure it’s different. I focus on my own, I focus on my car.

“It’s what you work for the whole year and when you are not anymore in control, it’s obviously not a great moment but I think it’s normal as well to have that moment of disappointment and that you are a bit down but I think I will be as strong as I can be in two weeks’ time heading to Brazil.

“Because that’s what my team deserves and that’s what all the guys at home in Maranello deserve and all on top all the people that have supported me, Kimi, myself and the whole team, all the tifosi all year.

“Maybe for now I’m not the happiest guy, but in two weeks’ time I’m allowed to step into the car that I always dreamt of driving, so plenty of things to be happy about.”