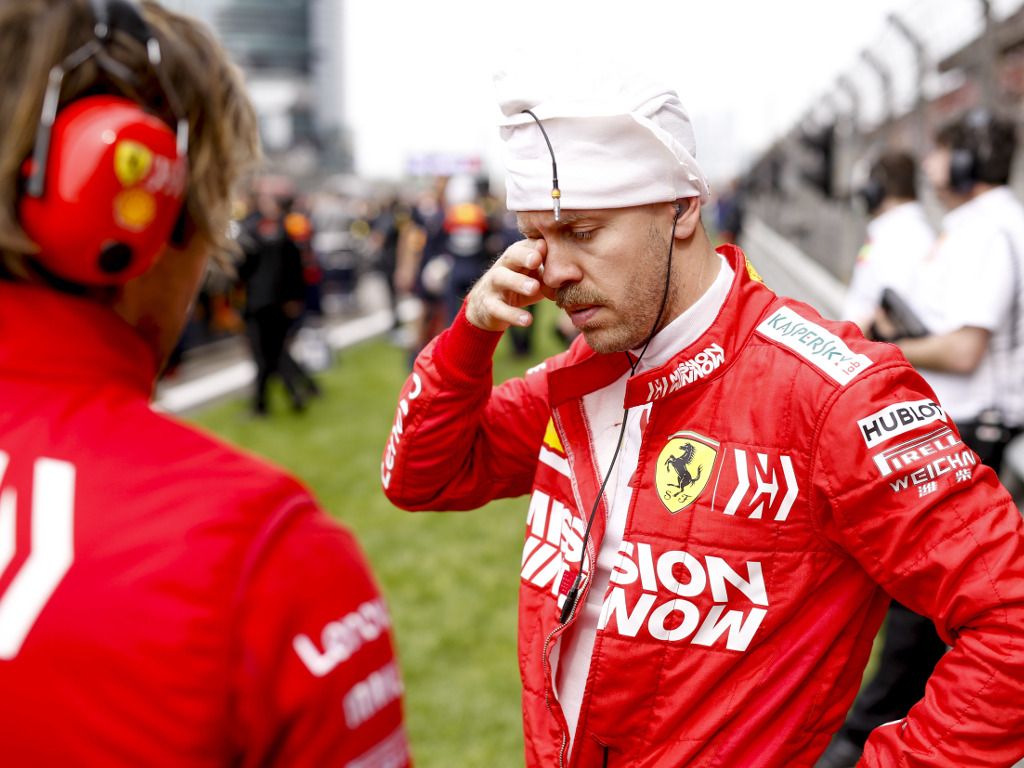 Frustrated by the barrage of questions about Ferrari’s use of team orders, Sebastian Vettel had a go at Formula 1 journalists in Shanghai.

Sunday’s Chinese GP saw Ferrari issue team orders in Vettel’s favour for the third time this season, and there have been only three races.

Charles Leclerc was ordered to move over for his team-mate, severely compromising the Monégasque driver’s race.

He did, however, with Vettel given clean air ahead of him which he was unable to make use of.

Mercedes romped to the 1-2, Vettel was third and Leclerc a distant P5.

Asked about the call, Vettel hit out at the media.

“Let’s put it this way, I knew the moment it was happening that I would have to face these questions,” he said.

“I’m not sure I want to answer because I’m a little bit against the way that you, all of you, work because you take bits out of answers here and there and put it into the wrong light.

“So if you ask me again in half an hour in the paddock maybe I’ll give you a straight forward answer and you don’t write it down or record. It seems the way that not maybe all of you but some of you are working.”

Sebastian Vettel defending the decision to swap places with Charles despite the lack of pace when ahead, and expressing that he's uneasy answering these questions because of how journalists take quotes and change their context.

Vettel, though, did defend Ferrari’s decision, adamant he was faster than Leclerc.

“I felt I was faster in the car,” he said. “I was asked if I can go faster. I answered that I felt I can.

“I was a bit surprised when I was in free air, not surprised, but I was struggling a bit to put the laps together.

“Once I found the rhythm I think I was able to chip away but obviously the objective was to try and catch Mercedes. At that point obviously the gap was already quite big.”