Home News Vettel: Starting on softs was not an advantage 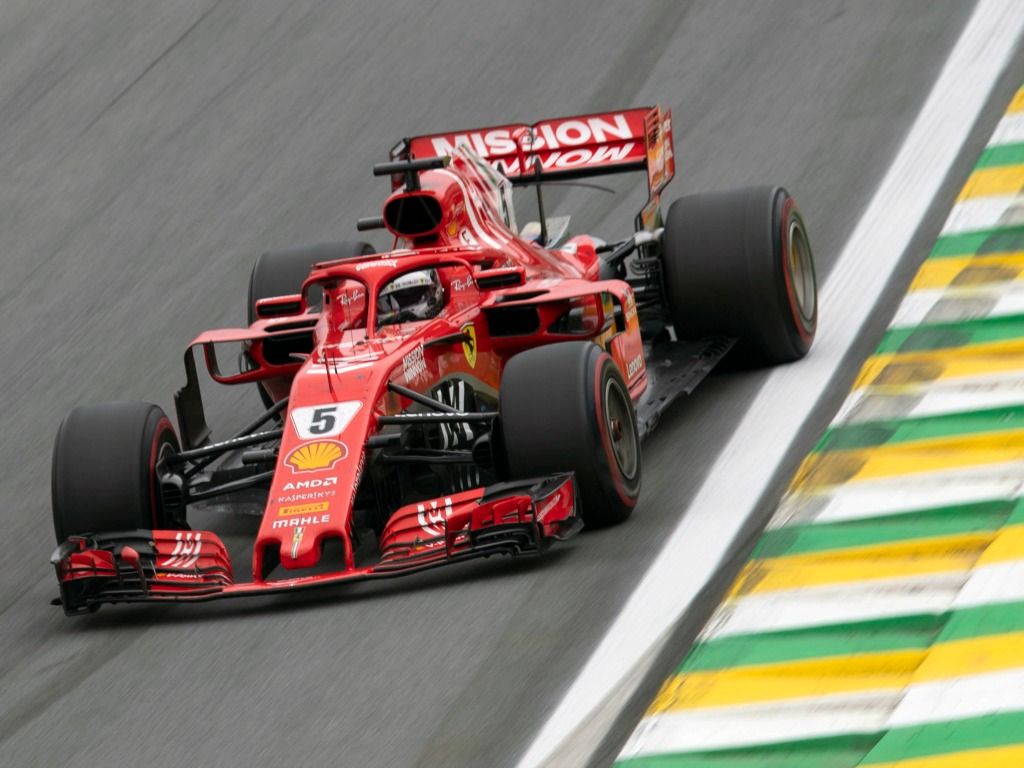 Sebastian Vettel has admitted that Ferrari’s tyre gamble in Q2 on Saturday did not pay off in the race on Sunday in Brazil.

After one lap of running in Q2 on Saturday, both Ferrari drivers came in and swapped the supersofts for the softs.

In setting their fastest time of the session on those yellow-marked tyres, both Vettel and Kimi Raikkonen were able to start on the softs in Sunday’s race at Interlagos.

However, the strategy call did not pay off for the Scuderia, with Vettel eventually finishing the race down in P6.

“Honestly, I don’t think it was an advantage for us to start on soft tyres, because the supersofts lasted longer than expected, but that’s how it was,” Vettel said.

“The first part of my start was going well, but then the second was not that good, as I had nowhere to go with Lewis in front of me.

“I think we just didn’t have enough grip in the second part of the “esses”, Lewis and Valtteri worked together and I had no chance.

“Also, Lewis was a little bit quicker on the brakes to give Valtteri the outside line and then in lap 2 or 3 Max passed us as he was faster.”

The four-time World Champion admitted that his race was tricky, but that he was pleased that team-mate Kimi Raikkonen finished in the top three.

“Obviously, this was not an easy race and I am not happy with sixth place, the German added.

“I tried to do my best, but the car was difficult to drive and I even struggled to drive on the straights.

“However, I am happy that Kimi got to the podium, because it is a good result for us, even if we didn’t win the Constructors’ Championship.

“There’s not much to say as this year Mercedes has been stronger than us and we can only congratulate them.”