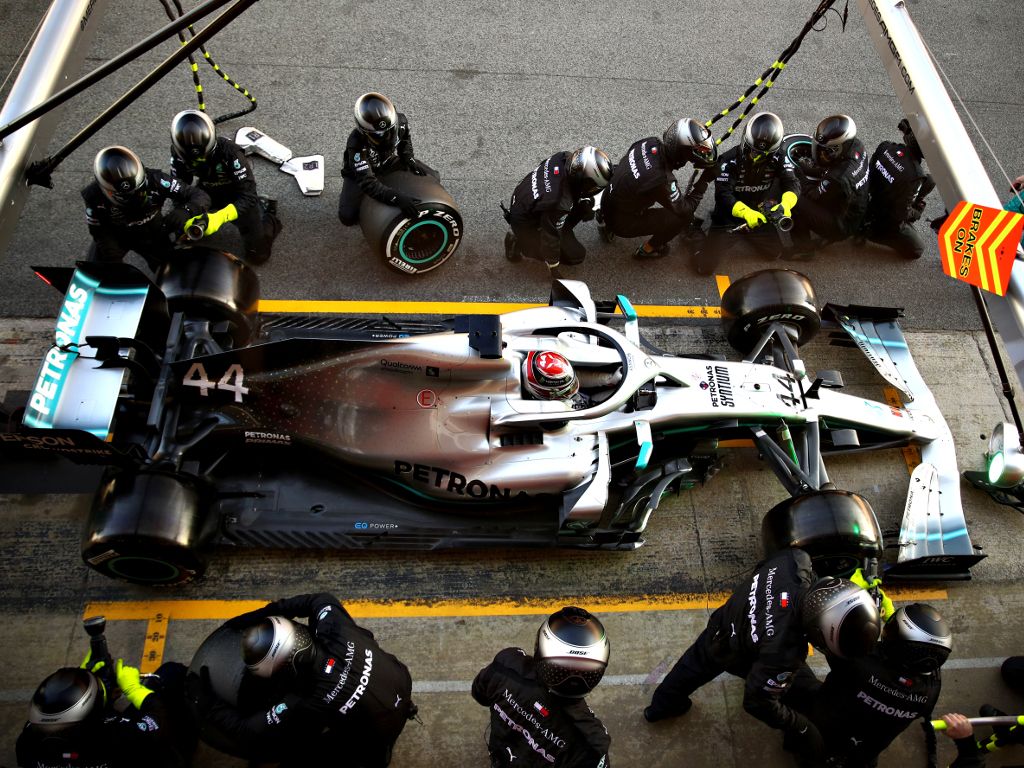 Sebastian Vettel is a “bit surprised” to see Mercedes running extensive updates for their W10 during the second week of testing.

Mercedes returned to the Barcelona paddock on Tuesday with a raft of updates for their 2019 car.

The W10 featured a new front wing and nose, revised bargeboards, chassis fins and T-wing, as well as a new floor and more compact sidepods.

According to whispers in the Barcelona paddock, this is the areo specification that Mercedes will take to Australia.

Vettel says he’s “surprised” to see a team introduce so many updates this early in the year.

“Yes, you definitely look at it,” he told reporters when asked if he was keeping an eye on Mercedes’ upgrades. “That interests me too.

“I was a bit surprised that the car had so many innovations, but everyone chooses their own way.

“Of course, it’s interesting what’s happening here [in Barcelona], but it’s only in Melbourne that we really get going.”

To date Mercedes have not shown their hand with team outside the top five times set in Spain.

Vettel says that could be because of a number of factors.

“The questions you always have when you watch the others are: How heavy were they on the road? How much power did they use? How much was the battery discharged during the lap?

“These are the three factors that are unknown. We know the tyres, so that’s not such a big question mark.”

As such the four-time World Champion says little can be established from the times during testing.

“I haven’t analysed the times exactly yet. We have a few people with us who are better at that than I am.

“There are a few surprises. Alfa [Romeo] looks very good.

“At Mercedes it’s hard to say exactly what’s happening from our point of view at the moment.

“Some runs look very good, others less so. But that’s all part of testing.”