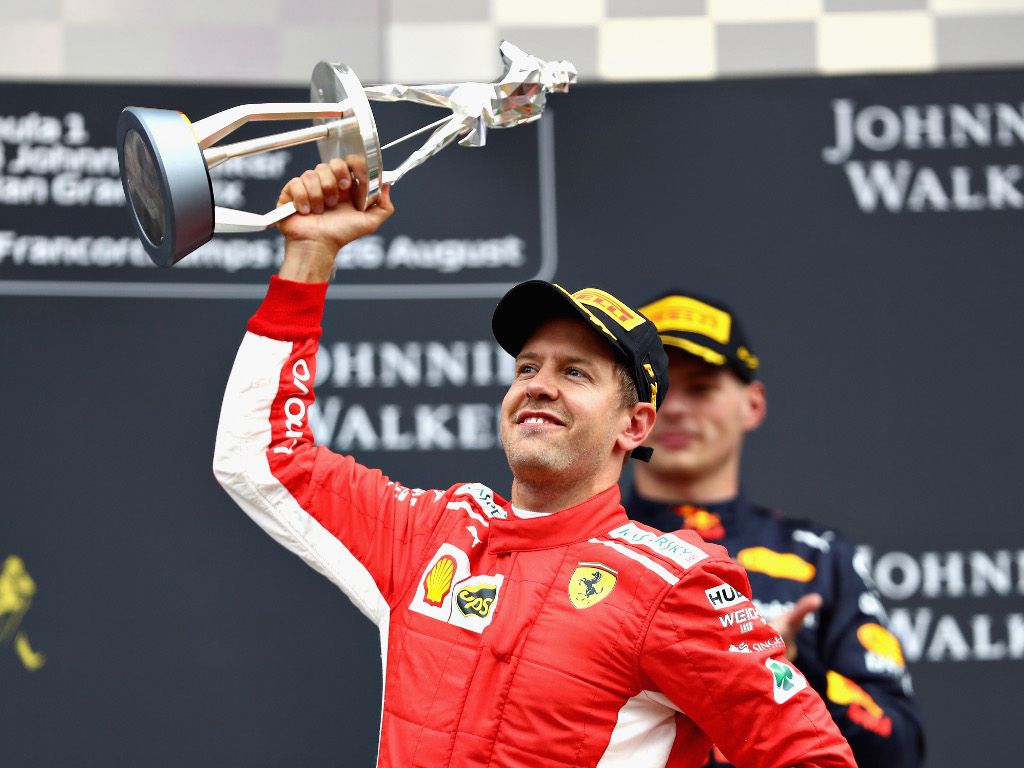 Claiming his 52nd career win at Spa on Sunday, Sebastian Vettel acknowledges it was all about the “crucial” timing of his pass on Lewis Hamilton.

Vettel started Sunday’s 44-lap Belgian Grand Prix from second on the grid having lost out to Hamilton in a wet qualifying.

However, he made short work of the Mercedes driver, slipstreaming him on the opening lap to pass him up the hill.

It could have resulted in a very different outcome as the Force Indias, running third and fourth on the opening lap, attacked at the same time.

Vettel, though, had the advantaged and held onto it to set up his 52nd win.

Sunday’s triumph moves him ahead of Alain Prost and up to third on the list of all-time wins.

“I had a great start and then I am not sure Lewis saw me, he pushed me quite far to the left, but I knew my chance would be later on, up the hill.

“I think I timed it well. Obviously, last year I was always ending up short.

“It seems like it was better this year because we had a little bit less [rear] wing and timing is crucial.

“I managed that perfectly, I thought, but then the Force India came as well but as soon as I was ahead I was quite relieved.

“But then the Safety Car came and it was the other way round.

“I had a good restart, a very good exit off the first corner and I kept it clean. It was tricky with the tailwind, braking for the first turn, but after that, it was a very smooth race.

“Lewis pushed very hard, towards the end of the first stint he was very fast and the second stint I could turn everything down a little bit and control the pace a bit.”

Although Hamilton kept Vettel honest throughout the first half of the race, running roughly three seconds behind the Ferrari driver, Vettel pulled away in the second half to win by 11 seconds.

“Going through traffic I was a bit fortunate that I got them on the straights so I didn’t lose much time but I could see that he wasn’t really pushing anymore, the last 15 laps, so I could relax a bit more but it was quite tricky.

“I really enjoyed the race and to get time on this track is always quite nice. In a great car as well, looking forward to next week.”