Home News Vettel told Hamilton ‘he deserves all the success’ 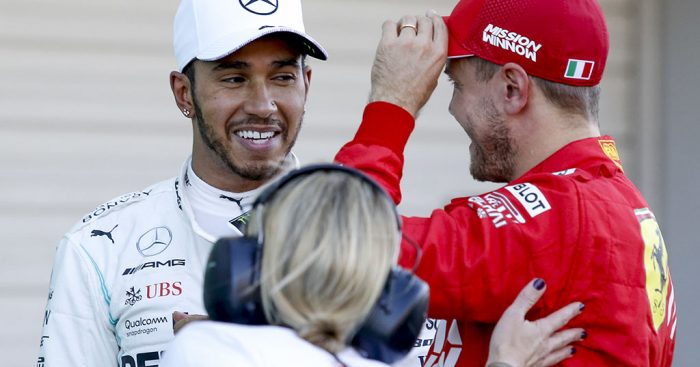 Sebastian Vettel has revealed what he said to Lewis Hamilton after he went to congratulate his respected rival on his sixth World Championship success.

There has been plenty of respectful displays between two of the old guards of Formula 1 who now have 10 titles between them following Hamilton’s latest Championship win in Austin.

Vettel was out of the race very early after a poor start and a damaged car led to his rear suspension suddenly snapping. But, regardless of his own afternoon, the Ferrari driver still went into the cool-down room after the race to personally congratulate Hamilton.

The gesture has been praised across the Formula 1 community and has now let it be known what he said to him.

“I think now is the time for you to write as many good things as you can,” Vettel said about Hamilton’s sixth title.

“If somebody wins the title six times he deserves all of it. That’s what I told him as well.

“Obviously I’m happy for him, but I’m not happy that we are not in contention this year and we were so far back.

“But you need to respect what he achieved the last years and also this year, together with his team how strong they have been.

Charles Leclerc also echoed the sentiments of his team-mate.

“On my side, I didn’t even win one world title – only one title is already is a huge achievement, to win six is just incredible,” Leclerc added.

“He deserves it. He has done an incredible season. I grew up watching him on the TV and just huge congratulations to him.”