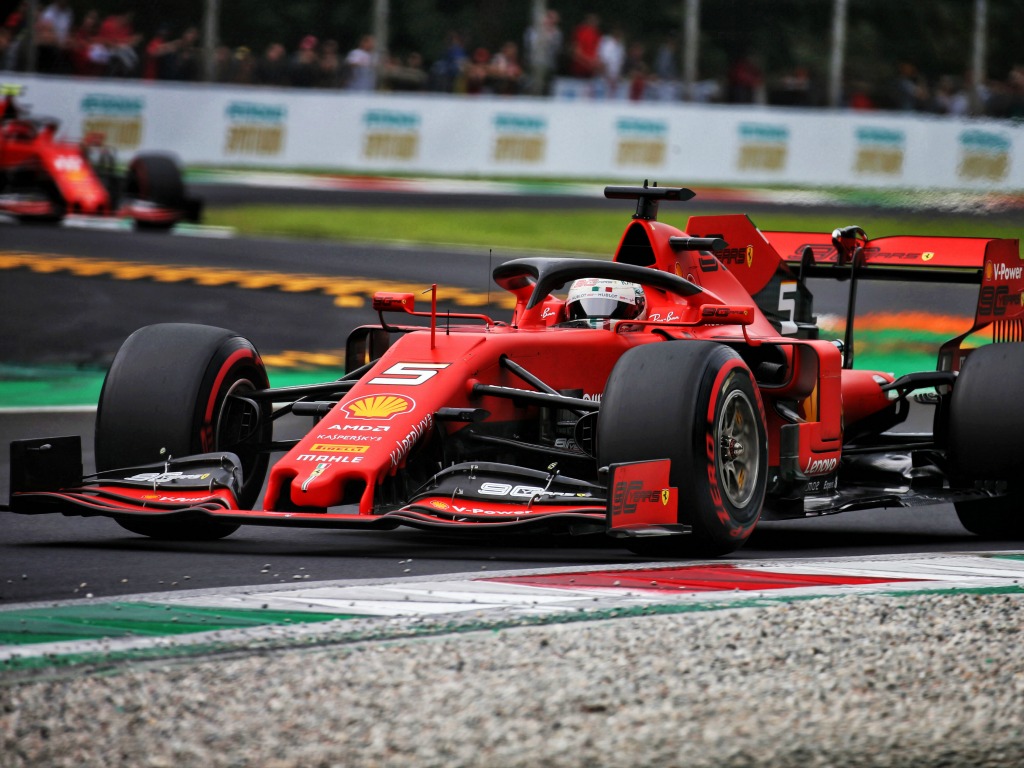 Sebastian Vettel has suggested Charles Leclerc did not stick to the script during an absolutely farcical Q3 session ahead of the Italian Grand Prix.

Vettel was one of many drivers who failed to start their final Q3 lap ahead of the cut-off time as the pack went at a snail pace on their last out-laps.

Whilst Leclerc already had pole in the bag on his first Q3 run, Vettel was down in P4 with both Mercedes cars ahead of him.

The Ferrari drivers ended up effectively racing each other for track position down the back straight and Vettel feels his team-mate compromised him by going against the initial plan.

“I was trying to get through, but there was a McLaren and a Renault blocking the road,” Vettel told Sky Sports.

“I’m not happy with how it went, obviously. We didn’t make it to get the second attempt like many others, but I thought internally we had a better way that we communicated this.

“I was the one out front alone in the first run and I shouldn’t have been the one in front in the second run.

“Because of the last corner I wasn’t but at that point it was too close anyways, plus the session was over so I couldn’t even make it to start a lap.

“I can’t be happy with that, it’s not what we intended to do.

“He [Leclerc] should’ve been ahead all the way, but anyways happy with the car, the qualifying was good, the car was very, very good.

“I had a really good lap, I just had no tow so that’s the difference between pole and not pole today.”

The entire Q3 session is under investigation by the FIA, while Lewis Hamilton has suggested Ferrari wanted to “time everyone out” with some sneaky tactics.