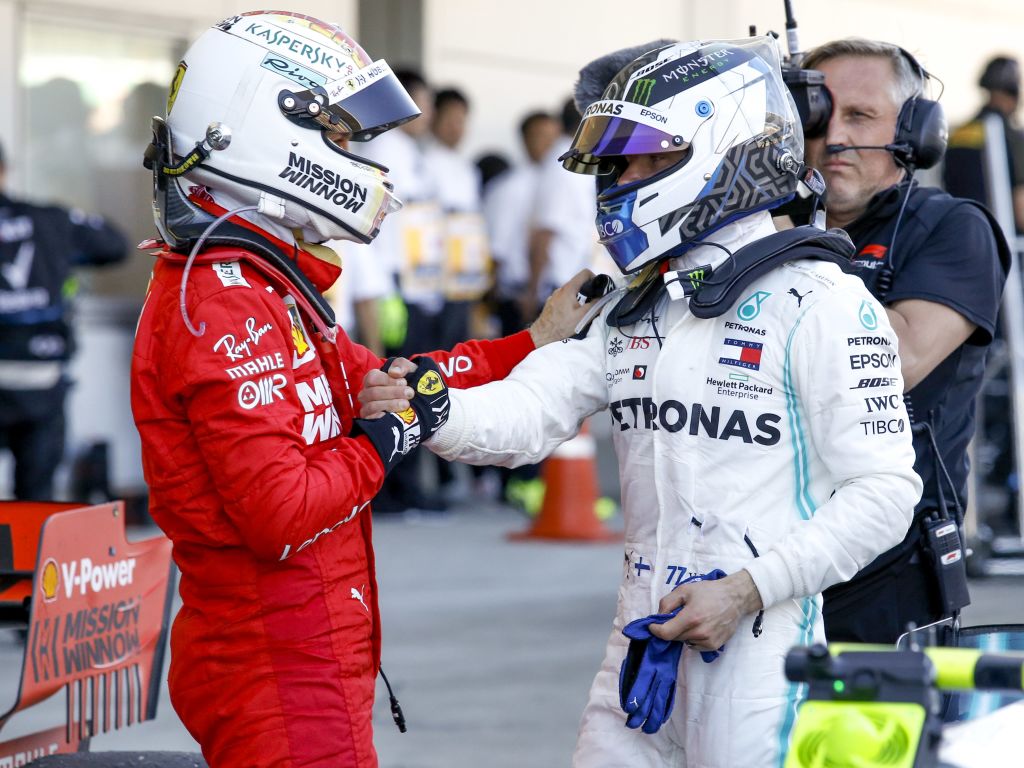 Sebastian Vettel said that Ferrari’s superior straight-line speed allowed him to fend off the faster Lewis Hamilton at the Japanese Grand Prix.

Hamilton made his second stop later than the German and was closing in on him for P2 in the latter stages of the race on faster soft tyres, but despite catching right up to the Ferrari man, Hamilton couldn’t find a way through.

Vettel meanwhile was on the medium tyres but he was able to keep his rival behind, who was clearly faster, by using Ferrari’s “key” straight-line speed advantage.

“I enjoyed the battle but I knew that I was a bit of a sitting duck because I was quite slow in the corners and very fast in the straights,” Vettel told reporters at Suzuka.

“So I just tried to play my advantage and that worked. I’m sure Lewis didn’t enjoy that as much but in the end it was key to stay ahead, despite being slower.

“Overall, we had a great chance today starting first and second and obviously after the first couple of metres that chance was gone, after that it would be difficult to turn it around and we just couldn’t go with them – they were much faster, especially in the end.”

While Valtteri Bottas went on to claim victory, Vettel said he was surprised that Mercedes willingly gave up track position and put Hamilton behind him on faster tyres, rather than trying to see out the one-two.

Sebastian Vettel with @ValtteriBottas in the cool down room😁 #Japanesegp2019

“I was surprised to be honest when they pitted,” he confirmed.

“I expected him to stay out and try the one stop. Once I knew that, Valtteri was so far away so I knew it was not possible to catch him, so when Lewis came out I wasn’t rushing to try and open the gap.

“I was trying to keep my tyres somehow fresh to make sure that if he arrives, everything is still in good shape and I have a chance to have good corner exits and use the advantage we have down the straights which worked.

“It got a bit close once with traffic but other than that I think it was quite good.

“I was quite happy when I saw the chequered flag as I didn’t want to do another five laps like that but in the places he couldn’t pass I just tried to take it easy to maintain the tyres.”