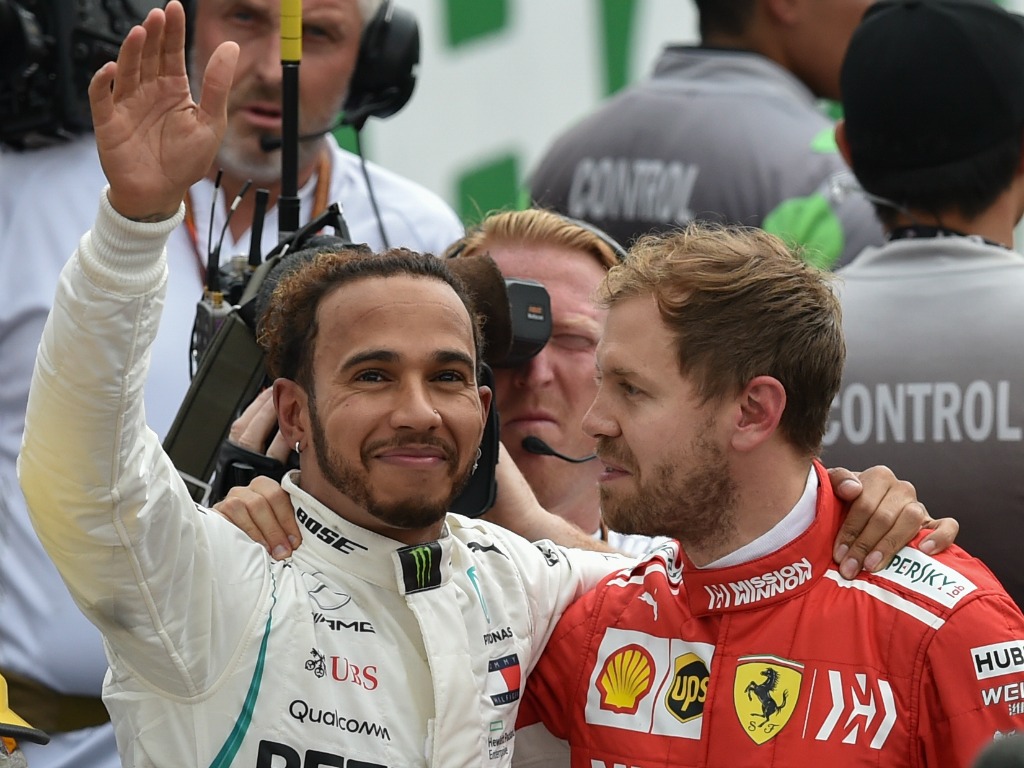 A respectful Sebastian Vettel offered his congratulations to five-time World Champion Lewis Hamilton, but told him he would fight again.

Vettel needed to win the Mexican Grand Prix and hope that Hamilton would finish P8 or lower in Mexico City.

But the German could only climb up to P2, whilst Hamilton, with his ruined tyres, coasted home in fourth to clinch a historic fifth title.

A downbeat Vettel stopped his post-race interview to go and congratulate his title rival and said he would be ready for another battle next season.

“It is not an easy day,” Vettel said. “But well deserved [for Hamilton] so congratulations to him and his team they did a superb job.

“We have to accept that and say congratulations. We would have liked to have hung in there longer but it was not to be.”

“He drove superb all year and was the better one of us two. Number five is something incredible.

“I congratulated him, asked him to keep pushing next year and we’ll fight him again.”

Vettel then reflected further on his season in the post-race press conference.

He said: “It is an absolutely horrible moment, you put a lot of work in. I did pay attention in maths so I knew the numbers.

“Three times in my life I have had that disappointment when you realise you can’t win the World Championship and those are not happy days. You reflect on the work that goes on from last year to now.

“We had some chances we used some and did not use some. In the end we were not good enough.”

“First of all I want to say congratulations to Lewis Hamilton,” he told BBC Radio Five Live.

“The good news is the constructors’ championship is still open and we will never give up.”