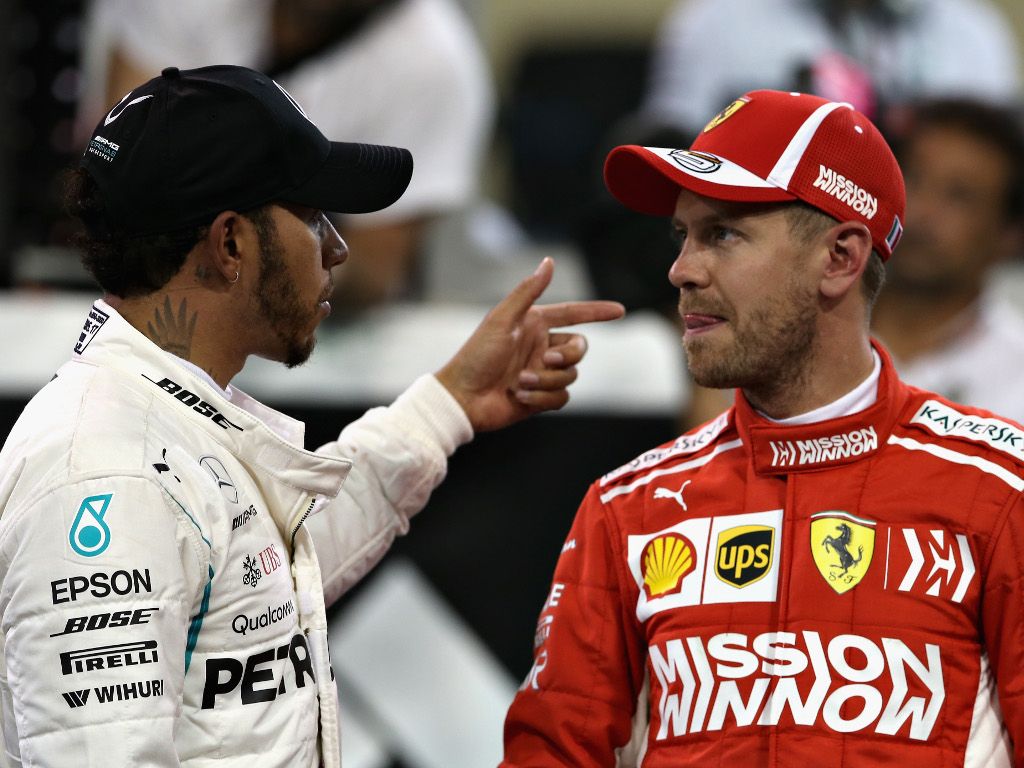 Falling short in Abu Dhabi and in the title race, Sebastian Vettel has hailed Lewis Hamilton as a “deserving” World title but warned him Ferrari plan to come back stronger next season.

Sunday’s grand prix at the Yas Marina circuit was a snap shot of the second half of the 2018 season.

Hamilton strolled to the victory, Vettel tried all he could to halt stop him but didn’t have the pace, and Max Verstappen joined them on the podium in third place.

It brought an end to an interesting season in which Hamilton and Vettel raced wheel-to-wheel for the championship, although it was more wheel-to-wheel off the track than on it.

The German just wishes he could have ended the season with a genuine battle against his title rival.

“It has been a tough year.

“I tried everything to the last lap, catching little by little but he controlled the pace at the front.

“I would have liked it to be a bit more wheel-to-wheel.

“I will try, we will try, the whole team, to come back stronger and give him a harder run into next year.”

VETTEL (on HAMILTON): "He's the champion and he deserves to be the champion… We will try to come back stronger to give him a run next year" #AbuDhabiGP 🇦🇪 #F1 pic.twitter.com/vx2M1MXUIc

The German also took the opportunity to bid farewell to Fernando Alonso, who called it quits on his Formula 1 career after Sunday’s 55 laps.

He did so with a P11 as McLaren once again struggled to give the Spaniard a car worthy of his talent.

Vettel said: “Well done to Fernando, these last years have been very tough for him, we have missed him and we will be missing him.

“Well done on his career.”

In a sight never before seen in Formula 1, Hamilton, Vettel and Alonso waved goodbye to 2018 in a plume of tyre smoke as the trio put in the donuts much to the delight of the Abu Dhabi crowd.

Vettel and Hamilton have finally teamed up pic.twitter.com/QZiUc1NJ77