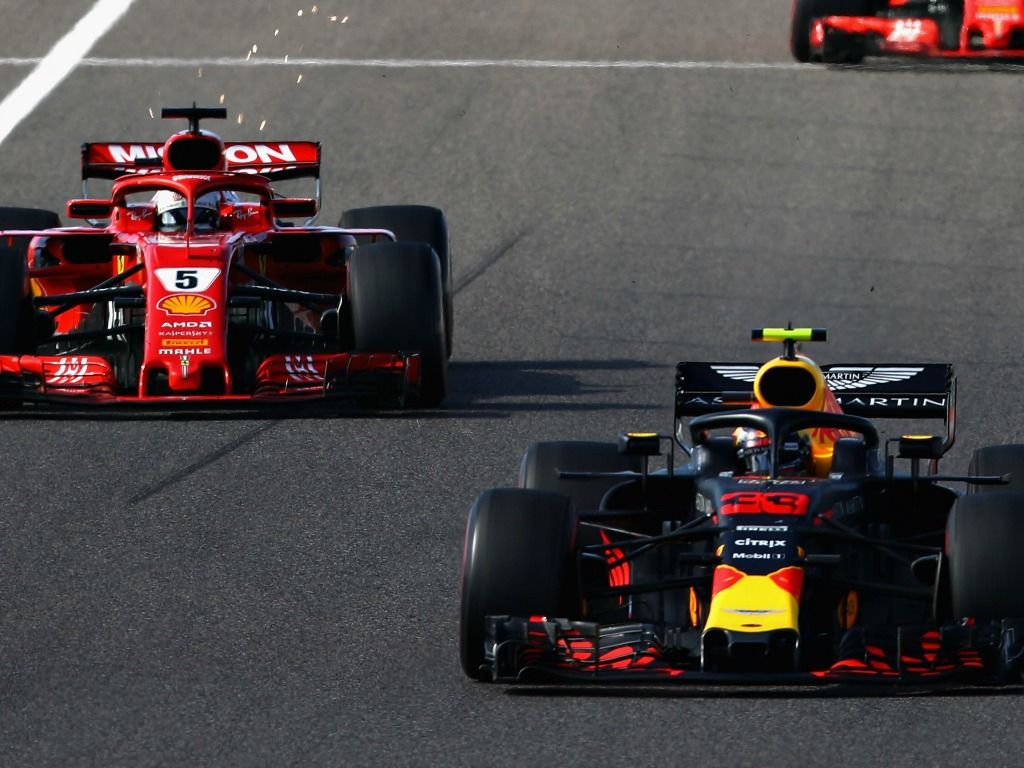 Vettel found himself right on Verstappen’s rear wing after the Dutchman clashed with his team-mate Kimi Raikkonen.

Verstappen, who missed the corner, was hit with a five-second time penalty for rejoining the track in an unsafe manner and hitting Raikkonen.

Instead of waiting for the penalty to play out, Vettel made a lunging move down the inside of Spoon.

The two touched, Vettel spun and fell to 19th place, his championship hopes shattered in the process.

Vettel has blamed Verstappen for the incident, however, the stewards didn’t agree nor does Red Bull boss Horner.

“It’s very hard to overtake into that corner,” he said.

“It’s not a big braking zone, and obviously Sebastian was optimistic in his move and Max was robust in his defence.

“For me it was a racing incident, and I think the stewards came to the right decision.

“It was very opportunistic by Seb at a corner that it’s very hard to overtake at.”

As for Verstappen’s battle with Raikkonen, the one that earned the Red Bull driver a five-second penalty, Horner feels that too was a racing incident.

“You can see he’s not looking in his mirrors, and not really aware of where Kimi is.

“They’ve made contact, it’s gone to the stewards, they’ve come up with a penalty, which we accept, and then obviously he’s had to pull out the gap to get the pitstop window to clear the penalty [before his car could be serviced].

“We have to accept the stewards’ decision. We felt it was a racing incident. He’s not aware of where Kimi is at the point he rejoined. It was unfortunate.”