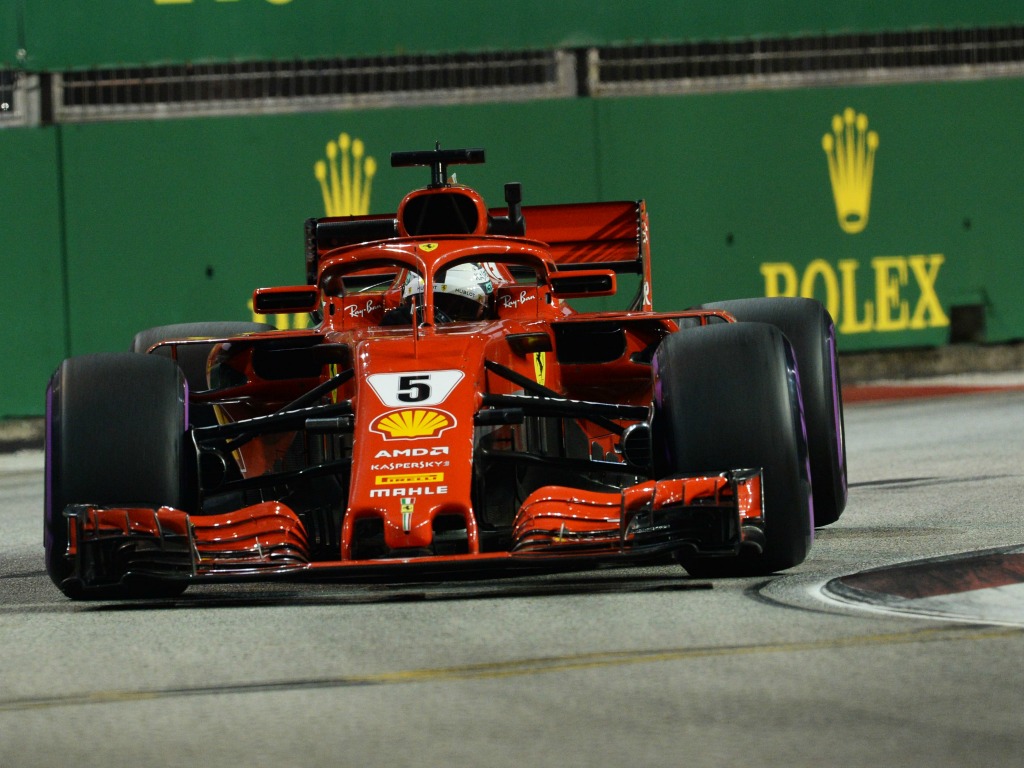 Sebastian Vettel had issues in FP2, but the German believes that the team will be able to recover in final practice in Singapore.

The four-time World Champion had a coming together with the outside wall on the exit of Turn 21 during the afternoon session.

He then immediately dived into the pit lane, where red fluid was coming out of the bottom of his Ferrari, which sidelined him for the final half an hour of the session.

However, the German, who is 30 points behind Lewis Hamilton in the race for a fifth world title, is not too worried.

“By now I think you have quite good experience reading into the others,” Vettel said after the session.

“What they did and reading into their runs with tyres which will obviously be key for Sunday but we can recover most of it tomorrow.”

Vettel had set the third quickest time in FP1 in the daylight around the Marina Bay circuit, which was topped by the two Red Bulls.

In FP2, his team-mate, Kimi Raikkonen, led the way. However, the Finn was only 0.011s ahead of Lewis Hamilton.

Vettel admits that this could be one of the closest weekends between the top three teams.

“I think it is very close with all the three teams,” he added.

“I think Red Bull is maybe closer, they looked quick.

“We won’t really know before Sunday but obviously here the qualifying is important so we will see where we are tomorrow.”