Home News Vettel: Whiting was a racer, a nice guy 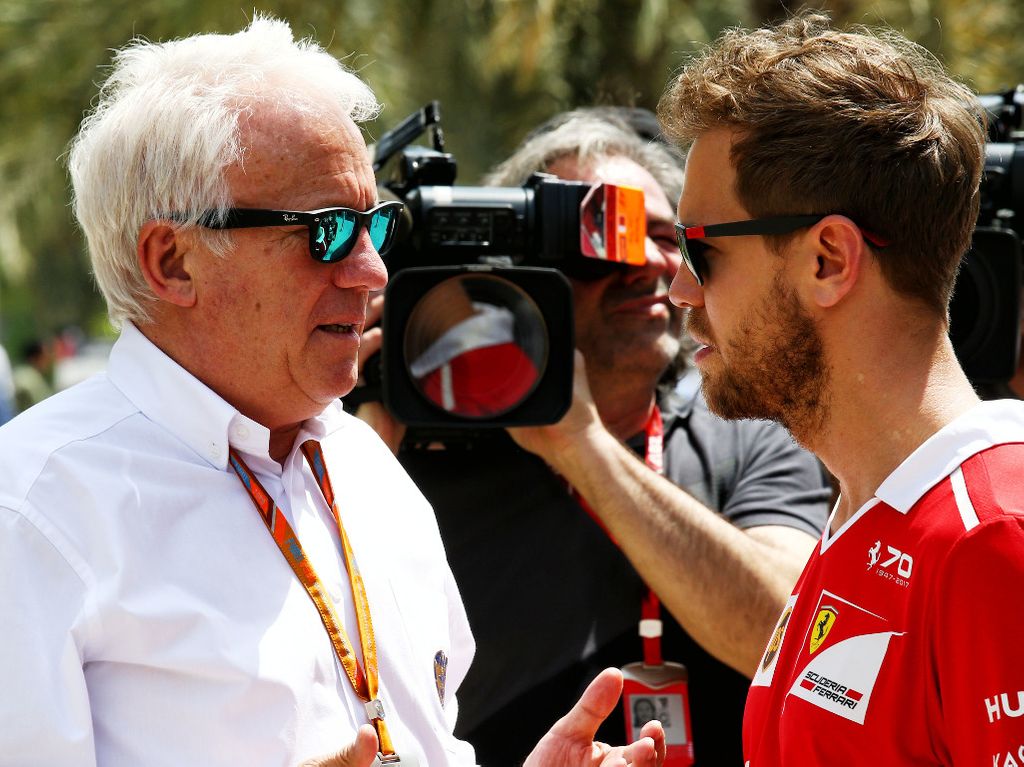 Sebastian Vettel has remembered Charlie Whiting as a “racer” and “just a very nice guy” following the death of the FIA race director.

Whiting passed away in Melbourne this week having suffered a pulmonary embolism.

The 66-year-old, who took over as FIA race director back in the late 1990s, was well known and well liked by all in the paddock.

“I was as shocked as we all are, still now, when I heard the news this morning, especially because I spoke to him yesterday and walked the track for the first couple of corners together with him,” said Ferrari driver Vettel.

“It’s difficult to grasp when somebody’s just not there anymore.

“I’ve known him for a long time and he was sort of our man, our drivers’ man.

Obviously there’s regulations and all that and then there’s us and he was the middle man.

“He was someone you could ask anything, at any time. He was open to everyone, any time his door was always open.

“He was a racer, he was just a very nice guy… The whole paddock, the whole circus, the whole family of Formula 1, all our thoughts are with him and especially his family in these difficult circumstances.”

Lewis Hamilton, who joined the Ferrari driver in Thursday’s opening press conference in Melbourne, offered his condolences to Whiting’s family.

“I’ve known Charlie since I started in 2007,” he said. “Obviously incredibly shocked this morning to hear the sad news.

“My thoughts and prayers are with his family.

“What he did for the sport, his commitment, he really was a pillar. Such an iconic figure within the sporting world, and he contributed so much to us. May he rest in peace.”

Robert Kubica hailed Whiting as a “icon” not just in Formula 1 but motor racing as a whole.

He said: “It’s a hard moment. I saw Sebastian walking with Charlie yesterday and I thought I would not interrupt them because I was going to see him on Friday in the drivers’ briefing. Unfortunately that will not be the case.

“It’s very sad. He was a kind of icon of Formula 1 but not only Formula 1. He was a racer, also keeping up everything in the regulations. He was really the kind of person you could always trust and commit, so it’s a very sad moment. My thoughts are with his family.”

Daniel Ricciardo added: “It’s not the nicest news to walk into. Just taken aback by it, for sure.

“He was there for us. We gave him a hard time, we would really press him and push him and make him work but he was always really receptive and you always felt like he was on our side. Like a broken record, a lot of things we would probably complain about and he never really shut it down.

“He was open and did a lot for the sport. We’ll have some, obviously, very, very nice and positive memories about him. I remember my first Aussie GP in 2012, going up with Franz [Tost] and they said go and introduce yourself to Charlie, it’s the start of the new season, go and start the relationship on a good note.

“Time goes fast, but as Max touched on, it’s important to appreciate each moment. You do take it for granted. I’m sure we’ll all race with a lot of passion this weekend, and it’s just a reminder as well that we’re very lucky to be in this position.”