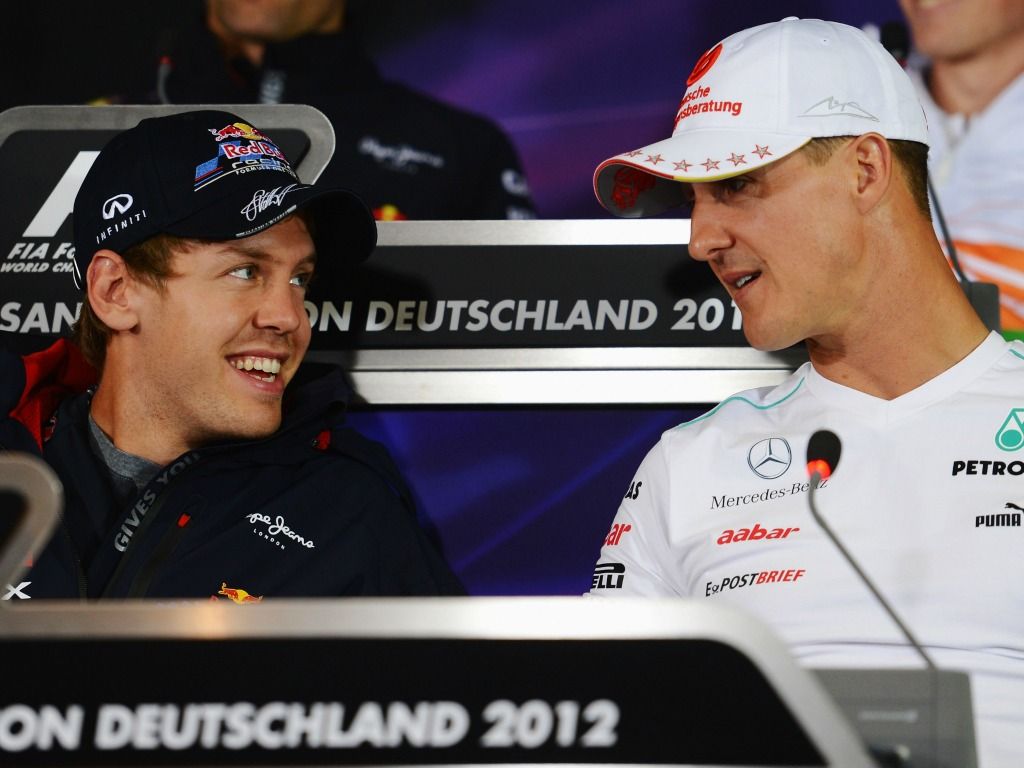 Sebastian Vettel wishes he could get advice from Michael Schumacher as he tries to cling on to his World Championship hopes in 2018.

Vettel, currently 40 points behind title rival Lewis Hamilton with six races left in the campaign, has felt the full effect of big mistakes of his own doing and strategy errors from the Ferrari team.

One man he used to be able to turn to was his mentor and friend, Michael Schumacher, who would always be willing to give his fellow compatriot advice about Formula 1.

“If he was healthy, I would ask him about many things,” Vettel told Sport Bild.

“Not necessarily how to drive, but more things that are behind the scenes. Teamwork, Formula 1 politics. He has a lot of experience from his time with Ferrari.”

Schumacher’s old foe, Mika Hakkinen, picked up on Vettel’s quotes and said that Schumacher would have given Vettel a key insight and valuable knowledge about racing for Ferrari.

“I have seen that Sebastian has said he wishes he had Michael Schumacher available to ask for advice, and I can understand why,” Hakkinen said in his regular Unibet column.

“Working very closely with the management and senior technical staff, Michael knew how to help get the most out of the Ferrari team.

“And it looks like Vettel has lost some faith in the team to provide him with the necessary support.”

Ex-Formula 1 owner Bernie Ecclestone has also had Schumacher on his mind after Ferrari’s disaster in Singapore, saying that such a messy weekend would not have happened when the seven-time World Champion was driving for Ferrari.

“Unfortunately Ferrari messed it up in Monza and Singapore with the strategy. That would have never happened at Ferrari with Schumacher.”