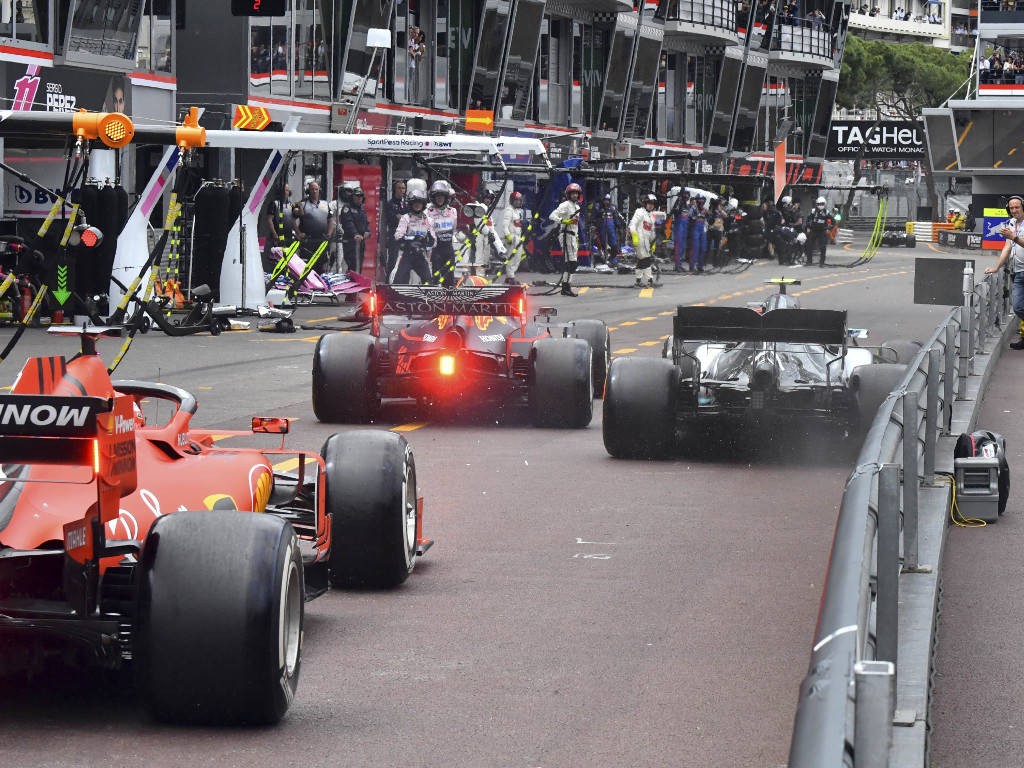 Sebastian Vettel was “worried” about the pit crews in Monaco, especially Racing Point’s, as he watched Max Verstappen getting closer to Valtteri Bottas on the pit lane.

All three drivers, along with Lewis Hamilton, pitted behind the Safety Car during Sunday’s grand prix.

Red Bull had a fantastically quick stop and released Verstappen almost at the same time as Mercedes let Bottas go.

Verstappen then moved into Bottas’ path, squeezing the Finn into the barrier.

Bottas suffered a puncture in the incident while Verstappen was later handed a five-second time penalty for an unsafe release.

Vettel, who was behind the duo, could only watch as the drama unfolded, revealing he was “worried” about the pit crews off to their left.

Vettel said: “Max must have had an amazing pit stop because we were all just right behind each other and I came out just behind Valtteri but Max jumped him, so he had a better stop than both of us. But then there was nowhere to go.

“I was worried actually, because some of the guys further down the pit lane were, not panicking, but they did really well the mechanics of – I don’t know what it’s called now, it’s not Force India…. Racing Point! Sorry!

“Clearing the hoses and giving way to two cars, yeah, not sure Max saw that Valtteri was really side-by-side but it was just getting closer and I could see it coming.

“Valtteri had no place to go, but yeah, I thought maybe there’s something I can benefit, which turned out to be the case.

“Valtteri was lucky, I guess the lead pack had such a big margin to the cars behind that he had eventually another free pit stop – but it’s not ideal, obviously, it could have ended his race there.”

Asked for his thoughts on Verstappen’s penalty, Vettel replied: “Obviously here is a tricky one to call because you have no space in the pit lane so…

“I’m not a fan of penalties in general but then you need to find some way of limiting some of the actions, obviously.

“It was close with some of the hoses if the pit lane is not designed to have two cars fighting each other. Yeah, I don’t know.

“From behind, it looked like Max should have left more space but as I said, this small decision.

“I don’t know if there was something in front of him. I can’t see that much beyond his car.

“As I said, in general I’m not a fan of penalties but I’m sure they had to obviously look at it and that’s what they decided, so fair enough.”