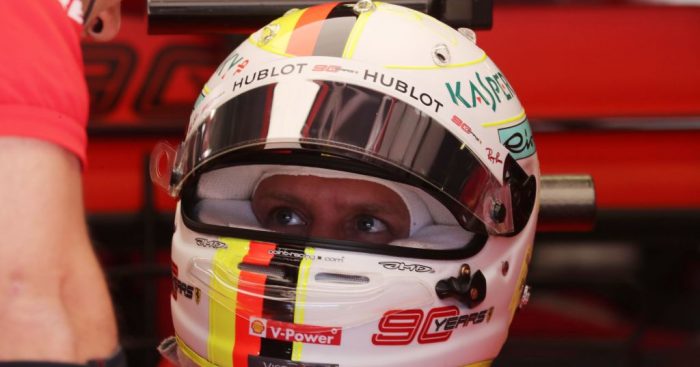 Ferrari’s Sebastian Vettel insists that the engine problems which wrecked his qualifying in Austria was “nobody’s fault”.

After completing his initial run in Q2, the German didn’t return to the track for a second attempt.

Cameras showed the team desperately trying to fix an issue on the left of his SF90, but as the clock ticked down in Q3 they were forced to accept defeat.

The Scuderia confirmed that there was “a problem with the air pressure line to the engine”, but Vettel said his team did everything they could.

“Obviously the car was broken, so we couldn’t fire it up and go, so we lost parts of Q2 and then Q3 completely,” Vettel told Crash.net.

“We fairly quickly made the decision to change, but it’s not so easy to take the bodywork off and get there.

“The guys did everything they could but we couldn’t do it in time.”

It was the first time a team-mate has outqualified Vettel at this circuit while driving for the team, giving him further reason to be frustrated at the events which unfolded.

“Obviously it’s frustrating but there’s nothing you can do but it’s nobody’s fault,” he added.

“For sure we need to understand what happened and make sure it doesn’t happen again but as I said, it’s nobody’s fault.

“We tried everything to fix it. I knew that if we fixed it, it would only be one run so I was trying to focus solely on that but it didn’t happen.

“At least, as much as a pain it is, it’s also good to see that the other car came through and got the pole.

“I’m happy for the team but obviously not happy for my side. But we’ll have a good race tomorrow.”