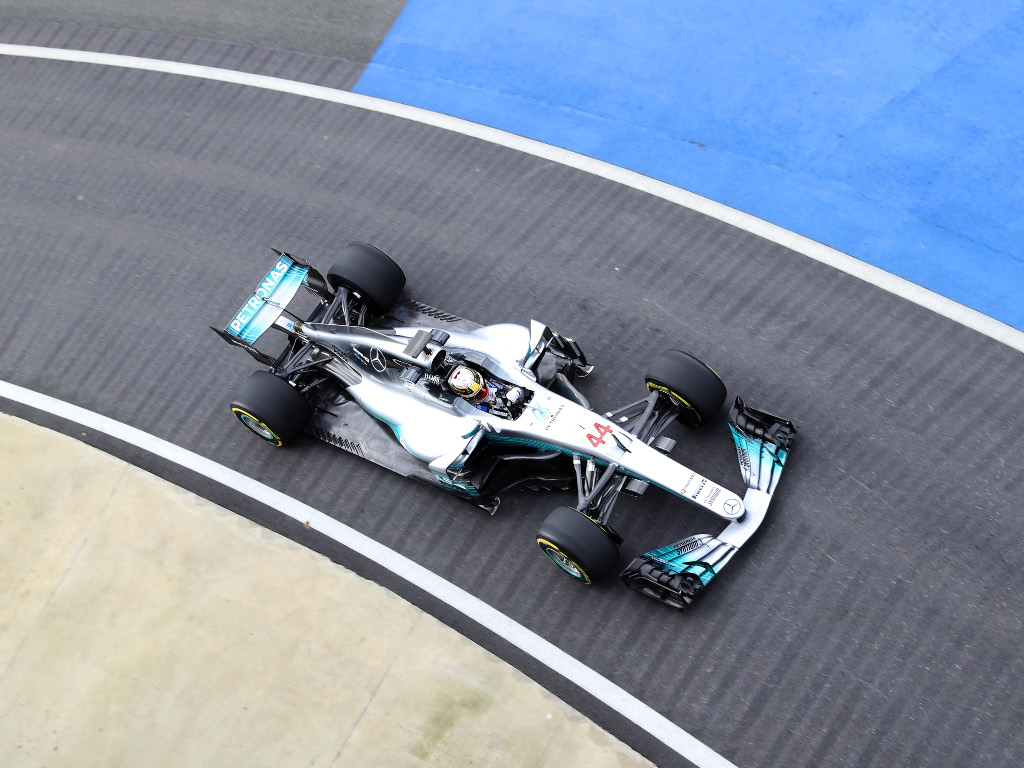 Lewis Hamilton had a lot of fun as he commentated on short out-lap around the Silverstone circuit in his new W08.

Mercedes have released a video of the outing, which begins with Hamilton saying “here we go” as he leaves the pits.

The Brit, who will be chasing a fourth World title this season, revealed that the car “doesn’t really feel that much different, that much wider.

“The tyres are much bigger, obviously.”