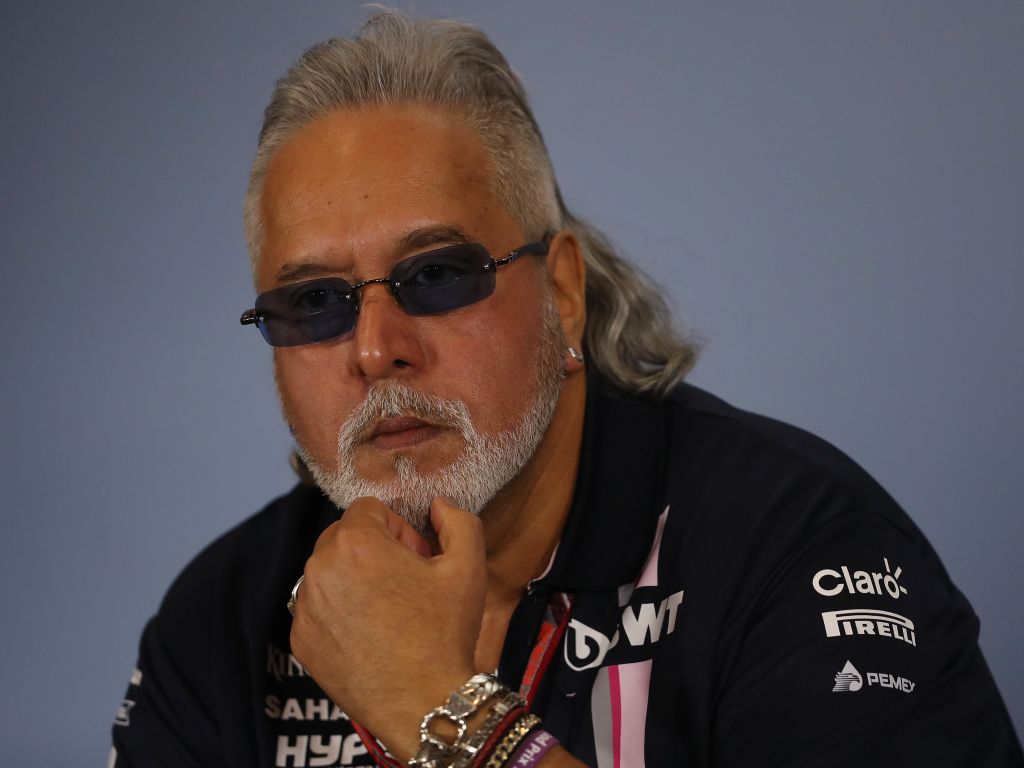 Mallya owned the team then known as Force India from 2008 until 2018 when the team encountered financial problems, clearing the way for Stroll’s consortium to buy the team and rebrand it to Racing Point.

The outfit will be undergoing another name change for 2021 though after Stroll bought a stake in British car manufacturer Aston Martin which will see Racing Point become the Aston Martin Formula One team.

And Mallya says he is “delighted” for Stroll and the team and has already “congratulated” him on the deal.

“To ultimately become a works team was always a dream.

“Lawrence and I are friends, and in fact I congratulated him this morning on the news. He’s a very astute investor, and his track record proves that.

“If you look at the share price of Aston Martin today, he’s obviously made a sweetheart deal.

“Under his chairmanship and with the new range of models that Aston is planning there’s only one way to go, and that’s north.

“For Racing Point it is absolutely fabulous that it will become a works team with support from a great British marque like Aston, with all its heritage.

“Aston has plenty of followers, and they will all become Racing Point followers as well.”

Mallya confirmed that he had held unsuccessful talks with Aston Martin back in 2015.

“We had conversations with Aston five years ago, not to become a works team, but to have Aston become the title sponsor, and give us some technical support,” he explained.

“I don’t know what the deal is with Red Bull, but I don’t think Aston has technical input. Red Bull have the genius Adrian Newey, so I don’t think they need anybody else!”

Mallya visited Racing Point at the British GP last year, but he says his 10 years of team ownership was enough for him, so he doesn’t miss it.

“I enjoyed every moment of those 10 years, and now it’s time to do something else.

“I nursed it along for 10 years, I delivered two results of fourth in the constructors’ championship, which I’m very proud of.

“The team is still in my DNA, and I’m absolutely delighted for the team.

“I believe the car for 2020 has made some giant strides and I’m eagerly looking forward to the commencement of the season.”