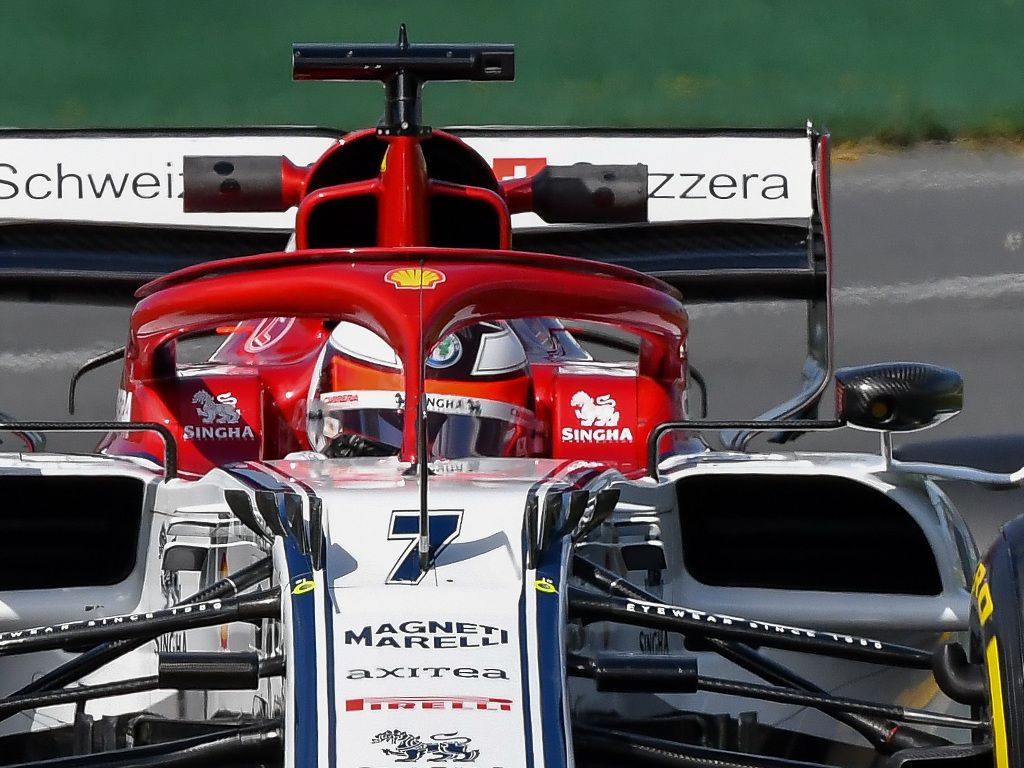 Kimi Raikkonen said a visor tear-off got stuck in his Alfa Romeo’s brake duct, forcing him into an unscheduled pit stop.

The Finn ran in P9 during his first stint at the 2019 Australian Grand Prix and looked well in the battle for midfield supremacy, with just Nico Hulkenberg and the two Haas cars ahead.

However, he was the first to pit with only 12 laps completed, a stop which was not part of the plan.

“I think we had a small brake cooling [problem],” he told reporters in Melbourne.

“One of the tear-offs fell in so we had to stop earlier than we wanted.

“The car had a lot of speed in my view, but it is still difficult to overtake here.

“It is easier to get closer but the last push is still tricky in this circuit.”

The incident didn’t cost Raikkonen who secured a P8 finish, but he was forced to hold off the trio of Lance Stroll, Danill Kvyat and Pierre Gasly in the closing stages.

Asked if his race with Alfa was everything he had hoped for, Raikkonen replied: “Not all, but I think we will take it.

“I’m happy how the car felt but generally if we would have tidied up a few things we could have got more.

“But for the first weekend with the team, I will take it. No major f*** ups – so we take it and try to make the car faster for the next one.”

Raikkonen’s rookie team-mate Antonio Giovinazzi finished all the way down in P15.