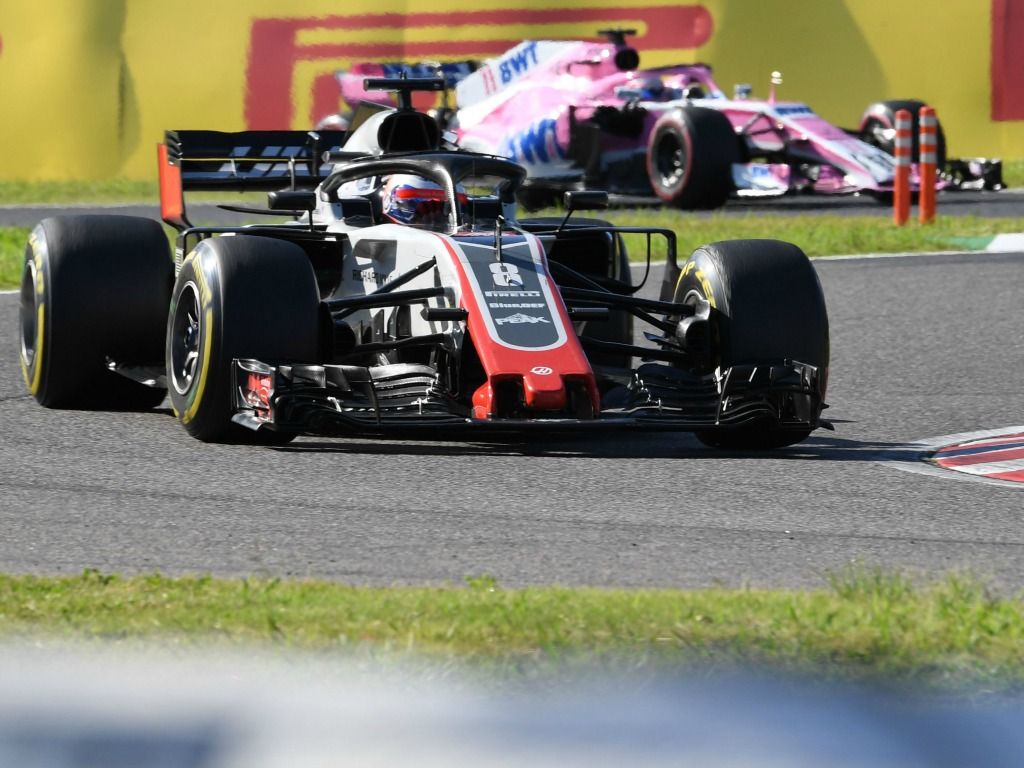 Sergio Perez used the restart after the Virtual Safety Car to his advantage to close up and get past Romain Grosjean.

The Frenchman said on the radio at the time that Perez’s speed under the VSC needed to be checked, but nothing came of it from the stewards.

The Mexican finished ‘best of the rest’ in P7, with Grosjean’s Haas just one place behind in P8.

“Today we had a good result: the best I could realistically hope to achieve,” Perez said about the race.

“After yesterday’s poor qualifying we made up a lot of positions and I feel we really got the maximum from the race.

“Our pace was strong and the team delivered a great strategy.”

Perez admitted that the main target was to beat Haas on the day, and after the VSC, they managed to do so.

“We knew we had to be aggressive to beat the Haas and we nearly managed to undercut Grosjean at the pit-stop, but I lost a bit of time battling with Leclerc and I just fell short,” the Mexican added.

“At the VSC restart I managed to get really close to Grosjean and when I saw an opportunity I went for it.

“I am so excited about our performance today. We had to push hard and make some good overtakes: it was a fantastic race.”

Grosjean, on the other hand, could not quite believe how it had happened. The Frenchman thought he had a big enough gap.

However, the Force India man was more alert when the VSC ended and the race was green again to take the position.

“We need to analyse what happened with the Virtual Safety Car restart,” Grosjean said of the situation.

“I was right on my delta time and Perez, when the gap was 2.4 seconds before, overtook me straight away.

“We need to check and see if there is not a problem in the system there. I thought I had done the job on my side. We did our best.

“We had a few technical issues on the car, which didn’t make our life easy. I think without those, we clearly had the pace to be in front of all those guys. Onto the next one.”

Perez is now at the top of the ‘B’ Championship thanks to his podium finish in Baku. That puts him ahead of Kevin Magnussen and Nico Hulkenberg, with all three on 53 points.