Home News What ever happened to Formula One’s virtual racing? 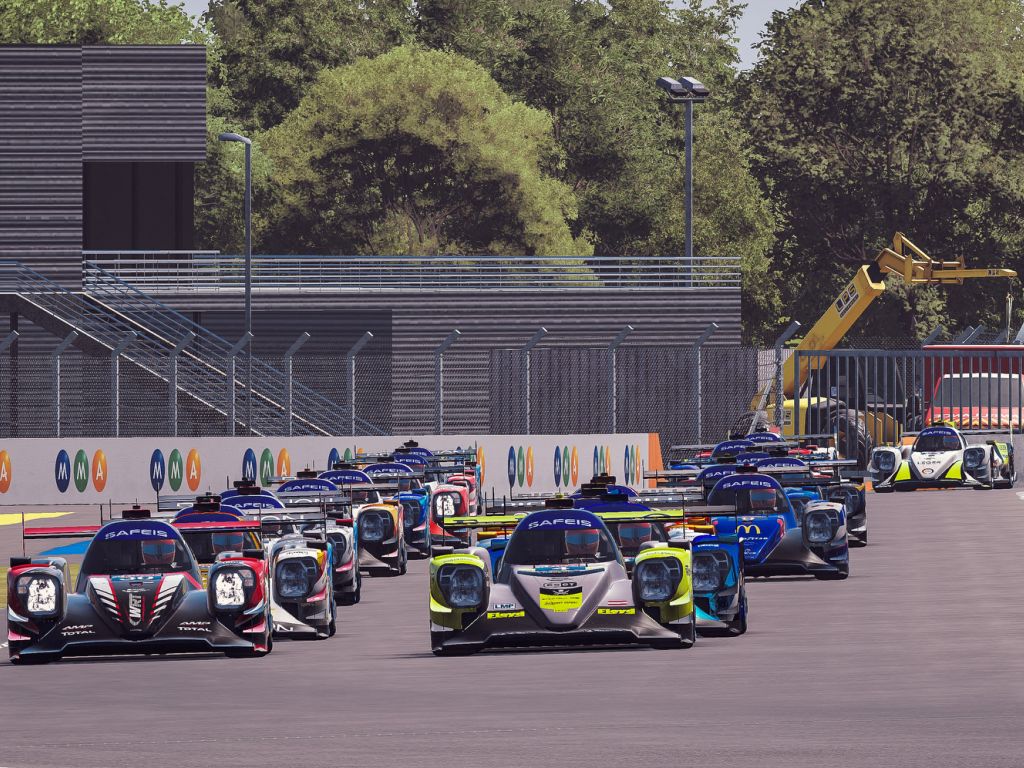 There was a point in time during the COVID-19 pandemic when all major sports were on a hiatus that racing fans really got into virtual racing. Formula 1 had their own iRacing series, NASCAR’s esports races were quite popular and many other leagues used this type of “competitive gaming” to fill the gap.

Now that Formula 1 is back in action – the real-life races – what will happen to the virtual racing? It seems like it’s kind of faded away into the background but was it nothing more than a one-year fad or will it continue to grow slowly?

Formula 1 announced the launch of the F1 Esports Virtual Grand Prix series back in March and the goal was for it to fill the void up until the pandemic receded and real racing could get back to business. Many of the professional F1 drivers had a blast going head-to-head in these races and overall, the series was a success. Along with the 11 pro drivers, there were a number of other famous faces in the mix like well-known goalkeeper Thibaut Courtois and Manchester City scorer Sergio Aguero.

George Russell, who failed to register a single point on the track in real life in 2019, dominated on the virtual circuit to finish as the overall champ. He finished the season on a four-race winning streak.

One of the most surprising aspects of the virtual racing series was just how much of an appetite fans had for it. Just like with NASCAR, which garnered millions of viewers, the F1 Virtual Grand Prix series a record-breaking 30 million views when combining television and digital platforms.

Most of it was really run digitally with the races being posted on YouTube via the official Formula 1 channel, Facebook and Twitch as well. In China, Weibo and Huya were used. The TV broadcasts alone garnered five million views, which were broadcast in over 100 different countries.

One of the main reasons there was so much passion for it is because online sportsbooks opened up betting for all of the races. A quick Bovada review – one of the biggest sportsbooks in the United States – along with its sister site Bodog showed that they had tons of action each week. Along with almost every other sportsbook, they posted odds to win each race, head-to-head matchups and some books even had live betting on the races as they played out. Of course, betting always adds to the intrigue and excitement and with no other major sports on the go, the sportsbooks reported that they were surprised by the amount of action that was on the games. They didn’t know what to expect in terms of interest. As more people bet on it, more and more betting lines were posted each week.

A really cool thing that came out of this was the fact that fans were able to interact with drivers directly. Drivers like George Russell, Charles Leclerc and Lando Norris all had Twitch accounts up for streaming and fans could directly chat with them and contact them as they streamed. According to recent the latest reports, they combined for 2.7 million more viewers via Twitch.

There’s no question that there was an appetite for the Formula 1 Virtual Grand Prix series but will it continue in 2021? Part of it was that there was a global pandemic and everyone was locked at home. With no real-life racing going on, maybe fans were drawn to this instead?

At the same time, we know that esports is a burgeoning industry. It is estimated that esports revenues will grow to $1.1 billion in 2020. Formula 1 racing will be a part of it but the question is just how involved the official racing league and drivers will be?

Keep in mind that we’ve seen successful models with this type of pro and esports hybrid with the NBA. Every single NBA franchise has, of course, their professional players, which they are known for. They pack arenas each night, play games and compete for a championship. However, each professional team also supports an esports team in NBA2K – the primary video game for NBA basketball. One player represents that team and that team plays a full season just like the NBA team does (against other esports franchises). This is something that Formula 1 could do in the coming years to take the momentum from this spark and help keep it thriving.