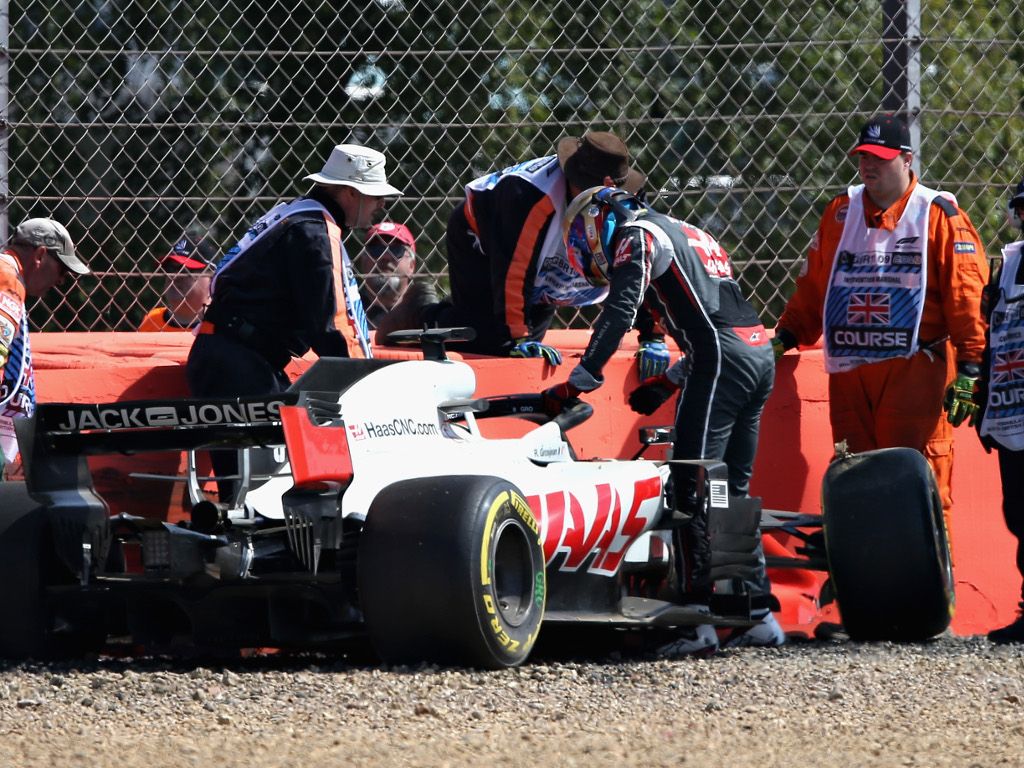 Charlie Whiting believes drivers who had incidents through Silverstone’s new DRS zone have only themselves to blame as it is a “driver choice” to open the flap.

Romain Grosjean was the first big casualty as the Frenchman crashed in Friday’s practice after failing to close his DRS.

Two days later it was Marcus Ericsson who was buried in the barriers, the Swede revealing he failed to hit the button resulting in his crash.

As such F1 race director Whiting reckons the new zone, which led onto the already flat-out Turns 1 and 2, was very much in the hands of the drivers and it was their “choice” whether to take the chance.

He said: “I think the incidents where drivers lost control through Turn 1 because they had their DRS open through Turn 1 is a driver choice, just like any other choice you make on a car.

“It’s like any car that is challenging to drivers, and sometimes they try to do it flat when it’s not really flat, and they spin.

“It’s the same thing, it’s their choice. If they thought they could do it, they can try it. It’s not a requirement to do it.

“It’s like any other choice that teams and drivers make.”

However, whether it is there next year remains to be seen as Whiting concedes it didn’t help with overtaking.

“I don’t think it actually helped,” he said.

“The idea was that drivers might get a little bit closer than they would have done otherwise and therefore be in a better position to attack on the straights between Turns 5 and 6.”