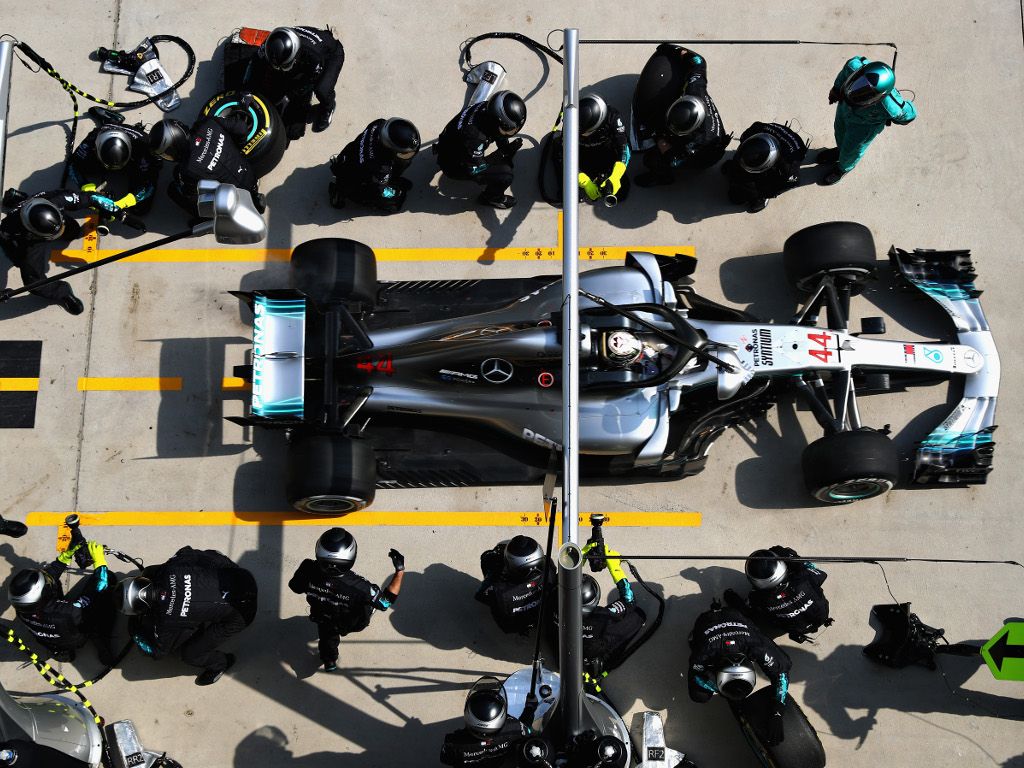 Charlie Whiting had no issues with Mercedes’ actions in the pits at Monza, saying their bluff to Ferrari is “all part of the game.”

With Lewis Hamilton chasing Kimi Raikkonen around the Monza circuit, Mercedes raised eyebrows when their pit crew made the motions for a pit stop, leaving the garage with tyres in hand, only to return to the garage.

They did it twice.

This raised questions about whether Mercedes had broken Article 28.12 of the sporting regulations which staes that “team personnel are only allowed in the pit lane immediately before they are required to work on a car and must withdraw as soon as the work is complete.”

However, FIA race director Charlie Whiting says he felt they did nothing wrong.

“My feeling is that it is all part of the game,” he said.

“We don’t like teams hanging around in the pit lane if they are not actually doing a pit stop, but if they come out as if there are going to do one … if they did it every lap I think we would have something to say.

“But they may well have been thinking about doing one and then changed their mind, so unless someone does something overtly incorrect I don’t think we will do anything about it.”

Meanwhile, Mercedes motorsport boss Toto Wolff has denied that it was a “phantom” stop designed to force Ferrari’s hand.

“It wasn’t a phantom stop,” Wolff said. “You need to be prepared if you undercut or overcut.

“We didn’t know if Kimi was coming in so the message was to do the opposite. Doing the opposite means you need to have the pit crew prepared.”

Hamilton won the Italian Grand Prix as Kimi Raikkonen’s worn tyres, the result of an earlier stop than the Brit, meant he was not able to defend his lead.