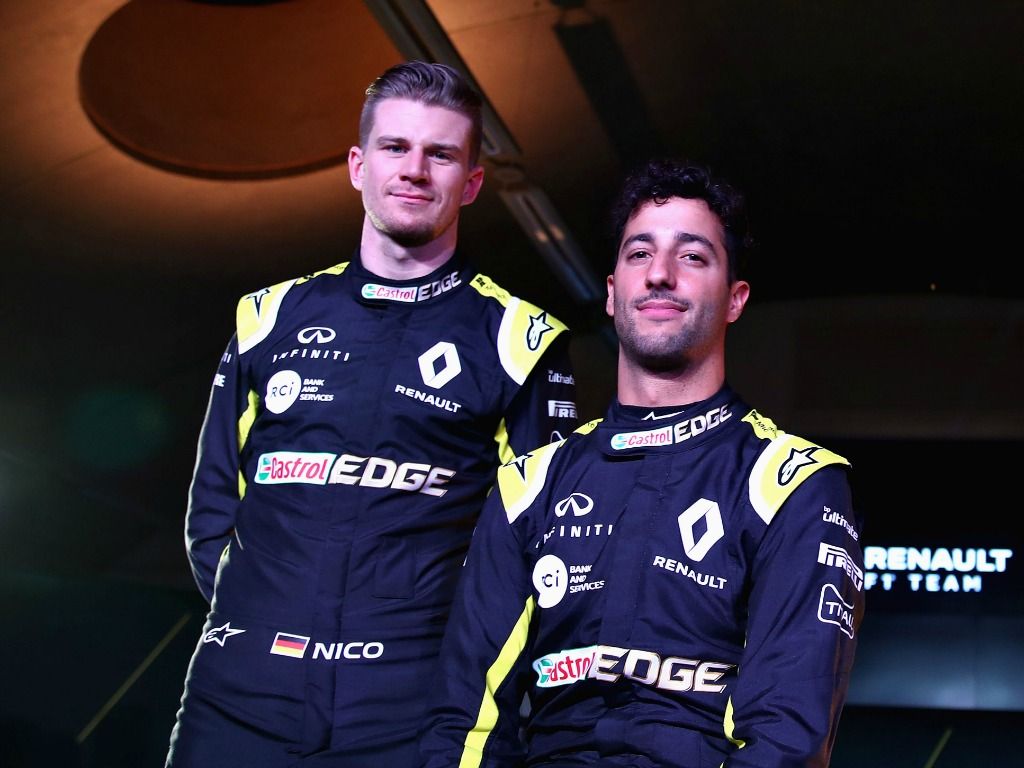 As well as a blistering driver line-up, Renault may have the biggest personalities on the grid with Nico Hulkenberg and Daniel Ricciardo.

The pair are tasked this year with taking Renault towards their aims of moving closer to the top three of Mercedes, Ferrari and Red Bull, but both drivers appear intent on doing it with a smile on their faces.

Renault secured a P4 finish in the 2018 Constructors’ Championship and snatched Daniel Ricciardo from Red Bull to aid their 2019 charge – now Hulkenberg says it has never been “boring” since the Aussie arrived.

Speaking during a Facebook Live Q and A, Hulkenberg said: “I’m very excited [for the new season] as you can tell.

“It never gets boring with Riccardo, we’ve had a good amount of laughs already.

The German driver also revealed what he is most looking forward to learning with Ricciardo as his team-mate.

“I’m looking to learn some Aussie slang,” he joked.

“I’ve got the basics, we’re just progressing from there.”

Ricciardo has become famous for his post-race shoey celebration, but Hulkenberg offered a swift response to that.

“[If we’re on the podium] one thing I won’t do is drink from his shoe,” he said.

Speaking at the launch of the R.S.19, Hulkenberg did acknowledge however, the racing threat posed to him by Ricciardo, albeit still with a grin.

“It will be interesting to see if he kicks my ass or not,” Hulkenberg explained.