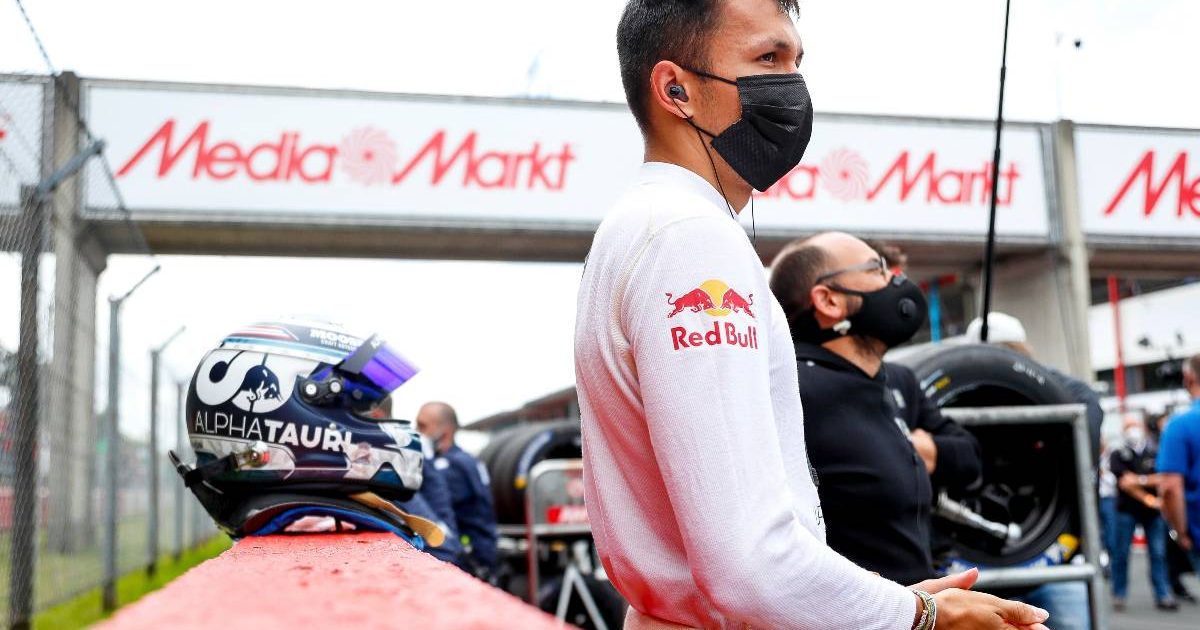 The Thai driver was replaced at Red Bull by Sergio Perez for 2021, with Albon then assuming the role of test and reserve driver for the team.

Since that change of role he has been praised by Red Bull for his work on 2022 preparations, when the new generation of Formula 1 cars will be introduced, but there appears a good chance that Albon himself will be on the 2022 grid.

The links to Williams have circulated consistently, with George Russell expected to depart the team and join Mercedes for 2022. Nicholas Latifi is also not yet confirmed.

And Horner has now confirmed the rumours as true, also throwing Alfa Romeo into the conversation who could also have seats available.

Kimi Raikkonen will retire at the end of 2021, while Antonio Giovinazzi is reportedly also nearing the exit door.

Importantly, Horner made it clear that AlphaTauri was not an option for Albon next season.

“I think Alex deserves a seat in Formula 1 and I think there’s quite a bit of interest in him for next year,” Horner told reporters at the Dutch Grand Prix.

“We’ll do whatever we can to try and enable that. I hope that nothing prevents him from realising one of those opportunities.

“He’s a talented driver and is subject to George moving, and now Kimi is retiring, that does open up opportunities. I’m sure it will get resolved over the next week or so.

“We are looking at external teams. Williams and Alfa Romeo have both expressed interest and we’re keen to see him back racing in Formula 1.”

So George to Mercedes can't be confirmed until Kimi announces his retirement and Valtteri goes to Alfa to replace him. Then once George is confirmed, Alex Albon can go to Williams but he could also go to Alfa because Giovinazzi's contract is up too. #F1 pic.twitter.com/udkwJbId45

Horner is confident that Albon can land a seat without taking financial backing with him, interesting considering Williams’ recent reveal that they no longer need pay drivers.

But, if money was an issue, then Horner hinted that Red Bull would be willing to cut a deal.

“Look, we’re trying to help him get a seat, I think he’s good enough that he doesn’t need to be taking a funding package with him, but we’re looking to enable that he gets a drive,” Horner explained.

“So wherever we can help, we certainly will and as I say, hopefully it can be resolved in the near-future.”