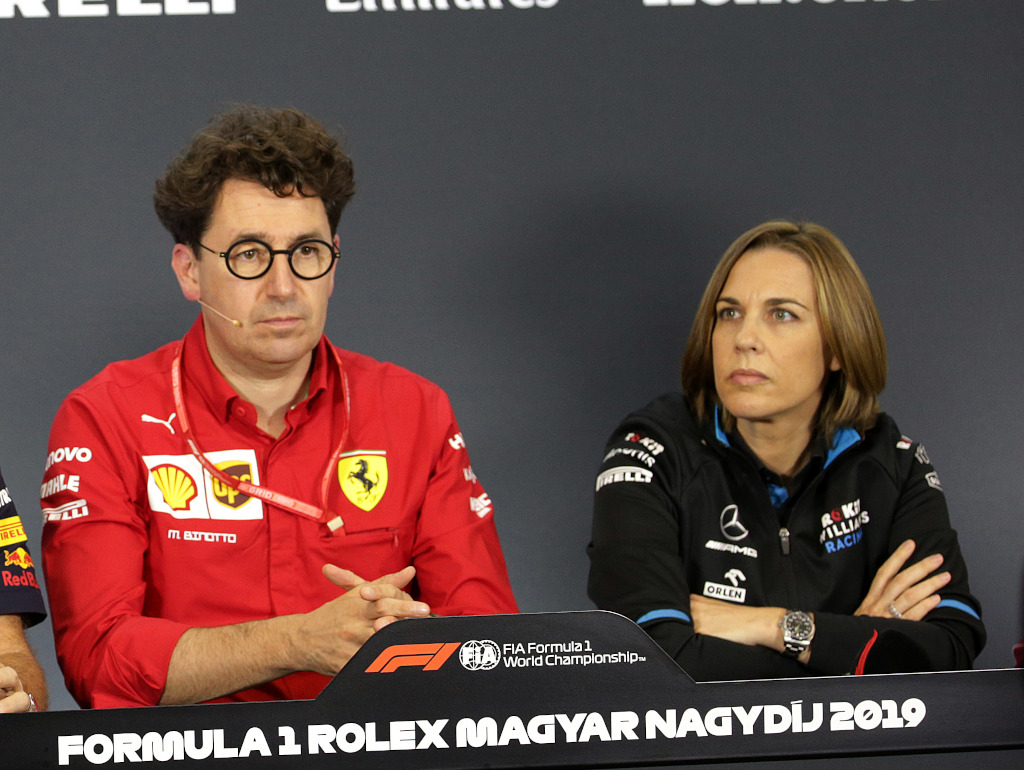 While a $145m cap is good news for Williams, Claire Williams feels sympathy for F1’s bigger teams who will take a huge hit.

Formula 1 is in the midst of a crisis, one that has forced all the teams and the sport’s bosses to re-evaluate the situation.

The 2021 rules have been pushed back to 2022 to cut costs with the teams voting to run this year’s chassis in next year’s championship.

The budget cap has also been reduced.

Formula 1 was set to introduce a $175m cap in 2021 but that will, according to F1 sporting boss Ross Brawn, be lowered with $145m the expected outcome.

Williams has praised the decision but concedes it is not entirely good news for all 10 teams.

“There is on the flip side difficulties for the big teams with that,” she told Sky Sports F1.

“They’re operating on budgets that are so much greater than that and I think the very fact that they’ve seen the reality and the gravity of the situation for everyone else on the grid and those of us running teams, it’s not going to be easy moving forward and they’ve had to come down even further.

“So I have great sympathy for them but also I’m so pleased that they’ve seen the enormity of the situation and reacted in the way that they’ve needed to.

She added: “In this day and age as well there needs to be a semblance of reality and responsibility with expenditure in Formula 1.

“Teams going out and spending hundreds and hundreds of millions of dollars going racing every year, is that really relevant anymore?

“I think this sport has to ensure that it retains its relevancy within society, and people aren’t just looking at us going ‘What are they doing spending all of this money going round and round race tracks?’.

“That’s something that we need to tackle and through this situation we’ve been able to do that as well as a by-product.”

Some teams had been pushing for an even lower cap.

According to reports there were calls for a $145m next year and $130m the way after while others even wanted a limit of just $100m.

Williams says all the teams have had to compromise, although the extra figure is not yet set in stone.

“You’ve got to find a middle ground somewhere and coming down from the $175m to whatever it may end up at, $145m or $140m, whatever the FIA confirm, is always going to be better for teams like ours,” she said.