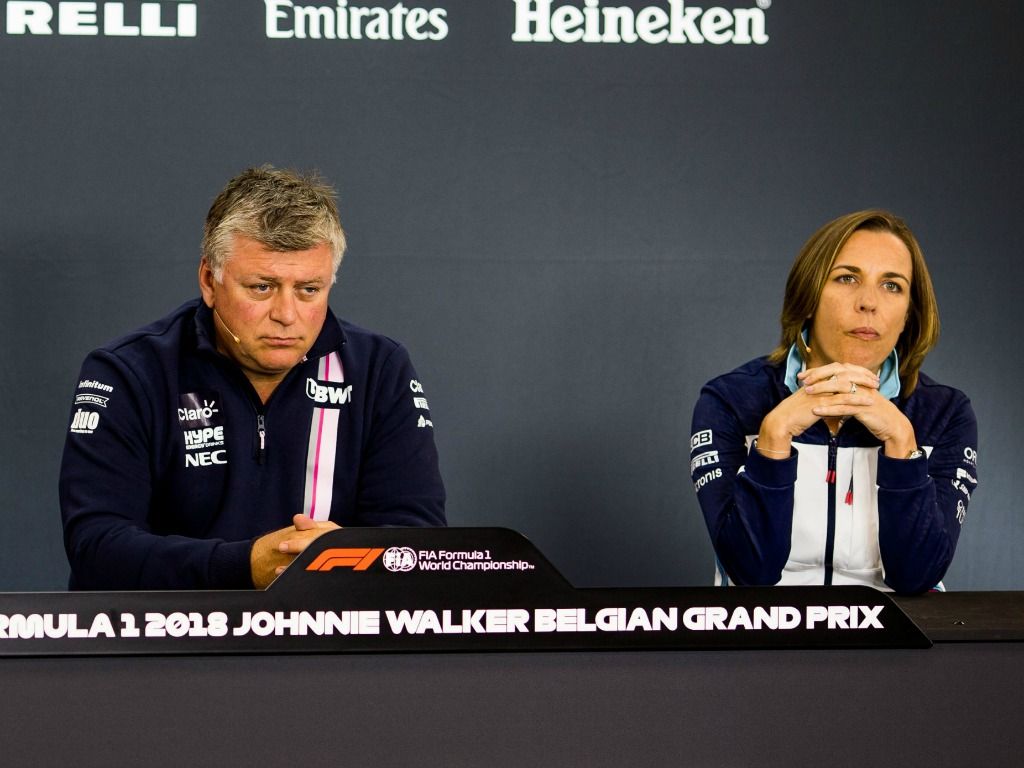 Claire Williams has said that the team are not expecting any driver changes before the Singapore Grand Prix in two weeks’ time.

The Williams deputy principal believes that any changes that do happen, will not happen before the night race at the Marina Bay Street Circuit.

Lance Stroll is expected to leave the team, with his father buying out the new Racing Point Force India team.

“There are quite a lot of hoops that we’ve all still got to jump through around the [Force India] sale in particular.

“Once that’s happened I think then things will start moving. I don’t think we’ll see a change before Singapore certainly.”

On the other side of the story, Force India are keen to keep their pair of drivers for the foreseeable.

In their first entry as Racing Point Force India, Esteban Ocon and Sergio Perez brought home 18 points, moving them just a point behind 8th placed Sauber in the Constructors’.

Team principal Otmar Szafnauer believes that no changes will take place before the night race in Singapore in September.

“We’ve got to look to see what we’re going to do next year, we’ve got a lot of points yet to score this year,” Szafnauer said.

“I think we’re ninth now and we’ve got our sights set to be a little bit higher so we’ve got to focus on that. We’ll worry about drivers at a later date.

“It was our biggest points haul of the year, 18 points in Spa, and we need to get some good points here as well.

“Hopefully this track suits us too, and then we’ve got a big upgrade coming in Singapore. We’ve got to focus on what we do best, which is going racing.”