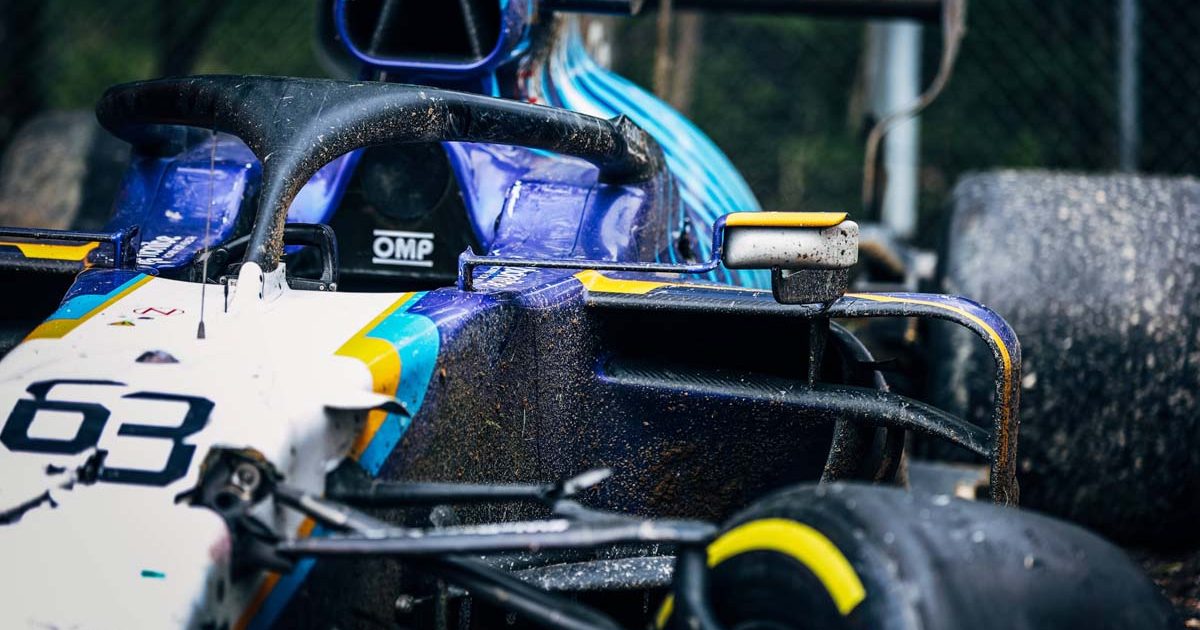 Williams’ head of vehicle performance Dave Robson has backed George Russell after his enormous crash with Valtteri Bottas on Sunday.

Both drivers blamed each other for the accident, with the pair colliding at almost 200 mph heading down to the Tamburello chicane at Imola, causing huge damage to both cars. Russell has since apologised for his reaction to the incident.

With the Williams car showing signs of improvement in 2021, Robson was confident that Russell was in the faster car at that moment against the Finn, but ended with tough consequences.

“At least we were on the front foot. I think the tyres, we had had them a couple of laps longer than Valtteri so I think we had them in a good window, the grip was good and more than Valtteri had I think.

“We had good straight-line speed and DRS had just been activated so George had a really good chance to get past him and he rightly took it.

“Then I think he just touched the white line, which in those conditions was still a bit slippy. Unfortunately, that was the end with the spin and into Valtteri’s car.”

It was one of those days today but that's racing sometimes.

After an encouraging qualifying session that saw both Williams cars get into Q2, hopes were high within the team that a points finish was possible at Imola.

Unfortunately for them, those hopes were dashed after Russell crashed out, as well as Nicholas Latifi crashing out on the opening lap. The Canadian had recovered from a spin at Acque Minerale, getting back on track but tagging Nikita Mazepin behind and ending up in the wall.

“Conditions were definitely tough out there,” Robson continued. “It was a bit strange to have quite a lot of standing water and difficult wet conditions in a few corners with other parts of the track quite dry.

“I think a small misjudgement on his part caused [Latifi] to spin and then he thought he was rejoining a clear track and the whole pack had gone past.

“But a bit of contact with the Haas and that was him in the wall, unfortunately, which was a real shame. It is one of those things in those conditions.”