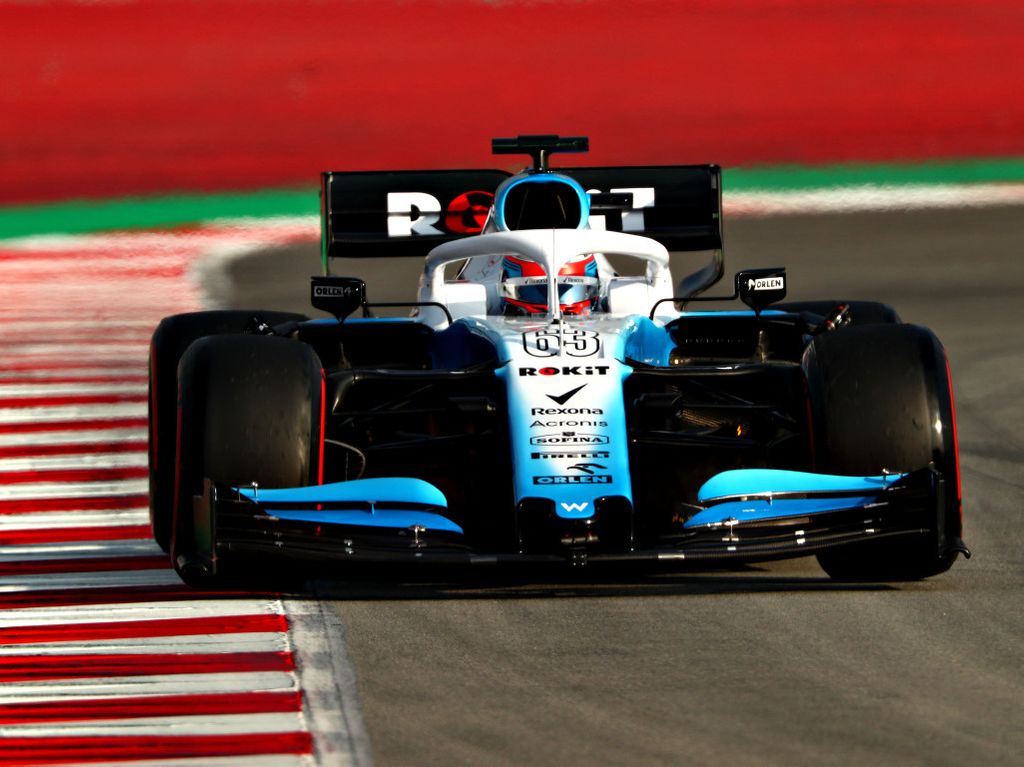 After the issues of last week, Williams’ George Russell was delighted to finally put the FW42 through its paces on Tuesday.

After missing the majority of the first week of testing, Williams kicked week two off in style, with Russell completing 119 laps, 31 more than the team managed across its day-and-a-half of activity in the first week.

“After the last couple of weeks it’s a huge relief to get a day like today,” Russell told Motorsport.com after finishing ninth-fastest, 1.9s off the pace.

“We’ve learned so much about the car at lower fuel and higher fuel, it gives us such a good indication moving forward into the next few days, and for the guys back at the factory who are already designing the upgrades.”

With last week serving little purpose for the British team, Russell admitted that while on the back foot, he feels “potential” in the car.

“It certainly hasn’t made up for last week because everyone else at this stage is fine-tuning the balance, whereas we’re needing to understand the car,” he explained.

“But I feel we’re in a good spot. The car isn’t in a perfect window right now but I feel like it’s definitely got the potential.”

The 21-year-old hailed the team’s efforts, claiming the reward for everybody putting “their heart and soul into making sure today ran smoothly” was Williams being able to complete its Tuesday running exactly as planned.

“I think everybody’s happy with today’s performance – not in terms of lap times but in terms of no issues,” he said.

“Everybody’s working so hard. We’re all human. Everybody is pretty knackered. They’ve been performing 24/7 over the last two weeks to get us ready.”

Despite the performance not being up to scratch for Russell, he claimed this is only normal for the stage they are currently at.

“We’re still finding the limitations, what the different compounds do,” he revealed to Motorsport.com.

“There was no reason to worry we didn’t find the lap time we should have done, because that should come.

“There’s definitely room for improvement on the softer compounds but we’ve only ran two sets of C3, one set of C4 and one C5 with lower fuel. We’re still learning.”