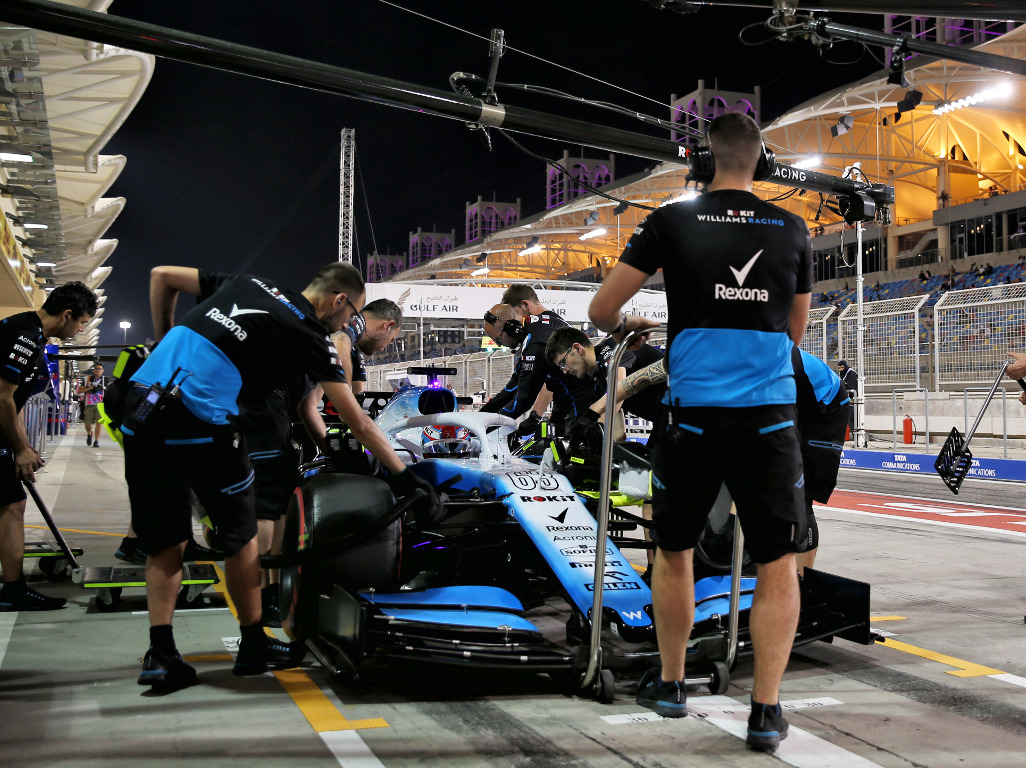 George Russell says Williams must develop at “double or triple the rate” to catch their rivals this season.

Russell and his team-mate Robert Kubica have spent 2019 so far at the back of the pack and well adrift of the other nine teams, making them the only constructor with no points this season.

The team arrived late to testing, and the FW42 represents that of a rushed and poorly understood car – even though Russell believes it is more stable than its predecessor, he accepts there is a lack of overall performance and that the team must develop at “double or triple the rate of everyone else”.

“From my side, driving the car, I’m trying to direct the team in the right place,” he told Autosport.

“Now I just have to believe in the team to do their thing: the designers, the aerodynamicists, to go out and try to achieve something.

“Everybody’s working as fast as they can to try to improve.

“In Formula 1, everybody improves. We’ve not only got to improve but we’ve got to improve at double or triple the rate of everyone else, which in reality is extremely difficult.

“We’ve got to stay positive but we’ve also got to be realistic. We can’t be aiming for much more than we’re achieving at the moment.

“In Formula 1 everybody is developing and we’ve got to find a certain magic to try to overcome that.”

The hard work continues back at the factory now as we look to close the gap and prepare for the #AzerbaijanGP 🇦🇿 pic.twitter.com/HYqDt67Yb6

The team have looked slightly better in race trim, but are still not strong enough to capatalise on the struggles of other teams. Russell thinks the FW42 is getting closer to finding the ability to do that, but from the outside it is hard to see.

“It’s difficult because what you don’t realise from the outside is that you do improve, but it’s all relative to everybody else,” he explained.

“Unless we improve double or triple the amount compared to everybody else we’ll still be in a similar position.

“People will think we’ve made no progress when we have, it’s just our starting position is much further back.”

Despite a seemingly desperate need for upgrades, the Brit revealed that unfortunately they must follow a set time-frame and cannot be rushed into action.

“You try to bring your upgrade as soon as possible,” he stated. “For us it doesn’t really change, regardless of position.

“Everyone’s on a time-frame and you can’t suddenly create a front wing in one week when it usually takes eight weeks for example.

“That’s just how it is. You’ve got to push through these moments.”