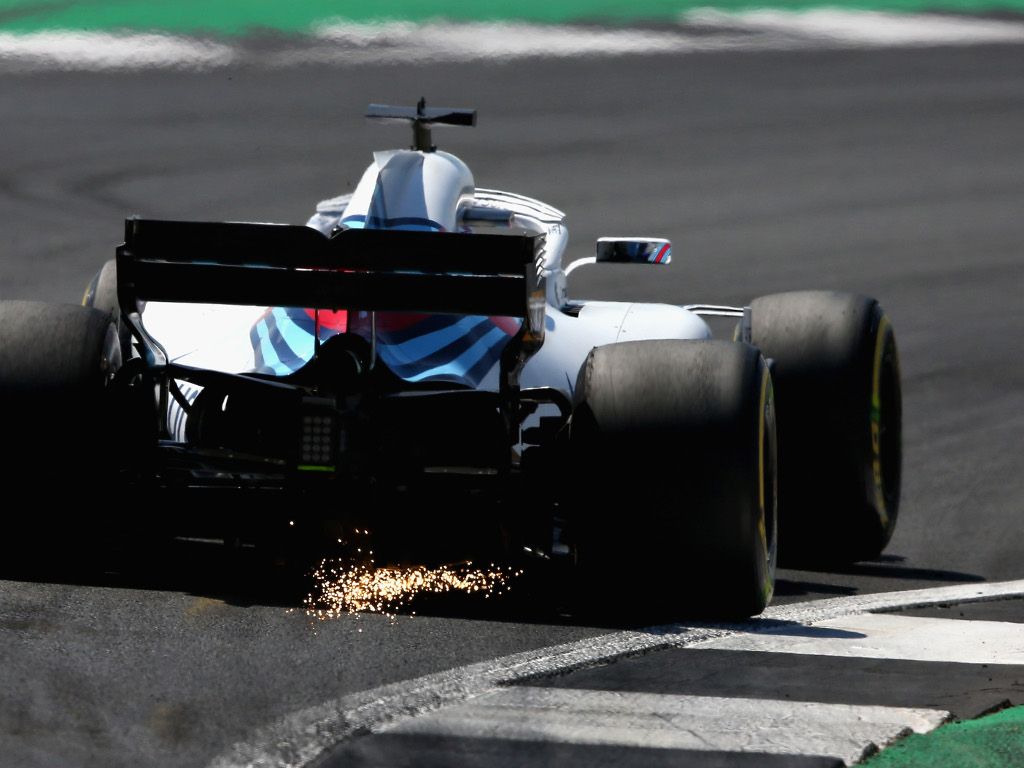 Williams will continue to run their rear wing despite both drivers suffering aerodynamic stalls during qualifying for the British Grand Prix.

Lance Stroll‘s qualifying ended with his FW41 beached in the gravel at Silverstone while moments after Q1 was restarted Sergey Sirotkin spun off the track.

Williams put both drivers’ problems down to aerodynamics and specifically instability with the rear wing.

Despite that, the team will persist with the design as Chief Technical Officer Paddy Lowe says there is nothing “fundamentally” wrong with it.

“We put some new parts on the car and we did our normal evaluations to check we had all the stability we need on such parts,” said Lowe

“We adopted those parts and made some other adjustments, such as cooling, [changed] what we call Friday floors to race floors, which are a little bit lighter, then we found this problem that was intermittent but really quite catastrophic as you saw with the cars in qualifying.

“On one car it happened on one DRS zone and on the other the other, so they were each fine on the other DRS zone so it’s intermittent like that.

“It’s such an extreme loss of downforce that it’s not really safe, of course we could [have] considered racing without using DRS but that’s not a way to compete.

“I’m sure there’s a way through this that we still need to understand, I don’t think there’s anything fundamentally wrong with this rear wing.”

He added: “It is something in the way everything has been put together, it is a combination, that is causing some strange phenomenon.

“We don’t have the answer right now, no. We want to do some more evaluations.”