Home News Williams to upgrade both cars for Silverstone 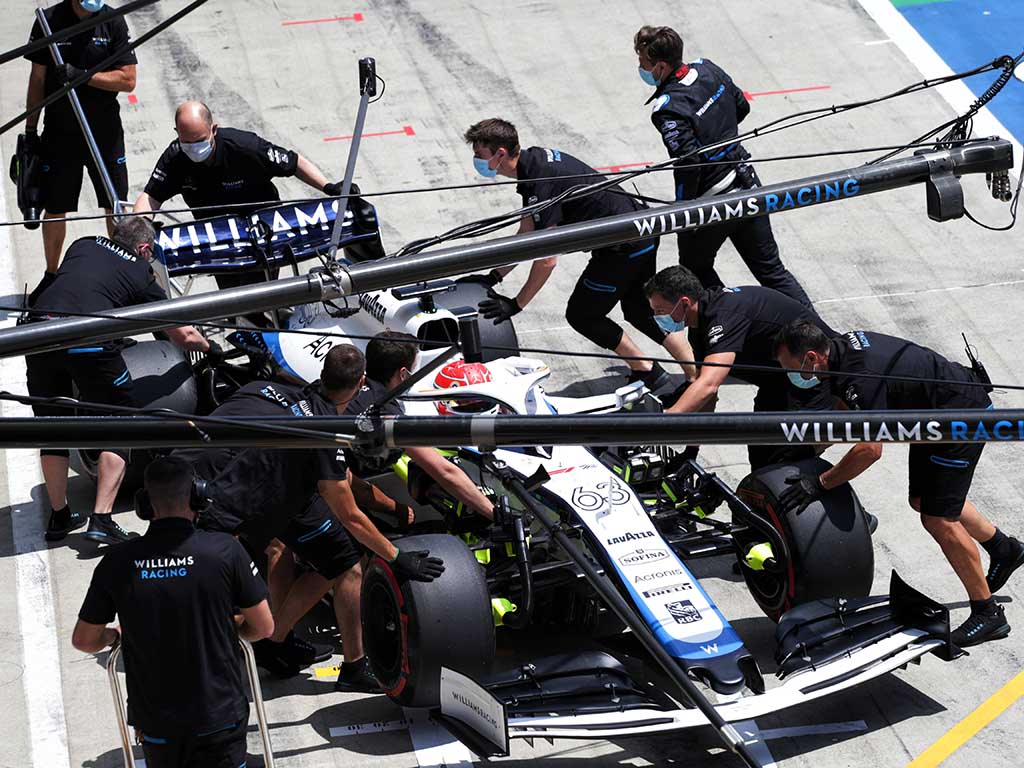 Williams’ encouraging start to the season will receive another boost when both of their cars receive a “powerful” upgrade for the British Grand Prix.

After a dismal 2019 season when they were continual backmarkers, Williams have improved already this term. Although yet to score points, they have shown much greater pace in qualifying especially with George Russell reaching Q2 twice and almost Q3.

The upgrade that will be used on both cars at Silverstone on August 2 has been alternated between Russell and Nicholas Latifi up to now, with the Englishman having the benefit of the developments in the Hungarian Grand Prix where he started 12th on the grid.

Williams’ head of vehicle performance Dave Robson told Autosport: “We’ve had an upgrade that has been alternating on one car and then the other for the last couple of races as we’ve only had one set.

“George had it in Hungary and I think that probably played the part. It’s quite powerful, so probably Nicholas was always going to find it a little bit harder relative to George.”

Robson did not elaborate on what the upgrade package was, but the Williams cars have been seen running with a host of new components so far this season.

In Austria, the team evaluated a slimmer suspension upright extension in the quest to make aerodynamic gains without losing structural integrity.

The team have also been spotted running a fin on the right-hand side of the FW43, which is an interesting asymmetric feature given it has an air-to-air intercooler on one side of the car and a normal engine coolant radiator on the other.

In Hungary, these chassis wings were extended to being used on both sides.

Williams are unable to define exactly how big the advantage of the upgrade is, but have decided it is good enough to put on both cars from the British Grand Prix.

Asked about the time difference with it, Robson said: “They have been alternating it. We had wet qualifying at the Styrian Grand Prix so it’s hard to say, but I think having both experienced it on and off they are very convinced that it’s a clear advantage.

“So they will both be furnished with it in the next race at Silverstone. But I couldn’t put a number on it.”