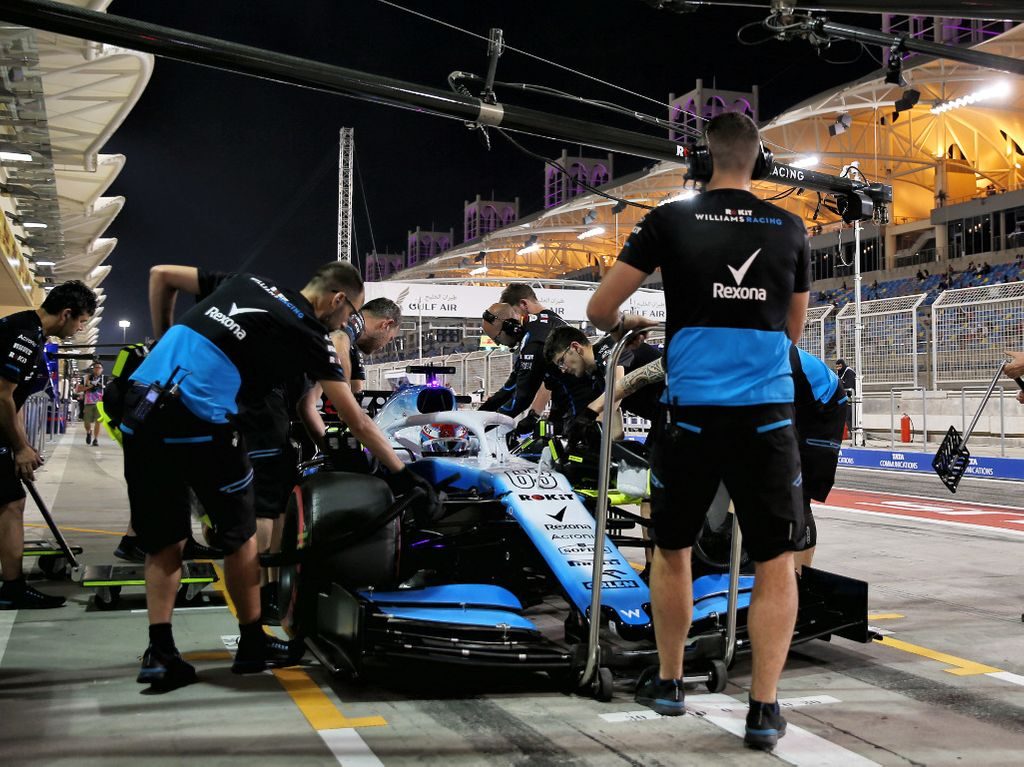 Williams will use practice at the Japanese Grand Prix to test a new front wing as they explore their aerodynamic options for 2020.

The team have struggled throughout 2019, often finding themselves adrift at the back of the grid, and unsurprisingly the focus has already shifted heavily onto their 2020 challenger.

2021 will see drastic changes to the technical regulations in Formula 1, but Williams are still keen to “experiment” with a new front wing concept that will be visibly different.

Speaking to Autosport.com, Williams’ senior race engineer Dave Robson said: “Hopefully there will be a test front wing [at Suzuka] that should look a little bit different.

“If we get it there, and we run it on the Friday, you’ll soon spot that. It’s kind of an experiment.

“It’s hard to know [what the best concept is], that’s part of the experiment; it’s interesting even now, when you look at the pitlane as the cars come out and there’s a couple of different distinct schools of thought in the front wing design.

“Even almost a year on, it’s not like everyone’s snapped to the same design, so there’s a few different ideas and concepts out there.

“It’s an experiment for us and we’ll see how it goes; hopefully it’ll correlate well with what we expect and use that as the basis going into next year.

“You’re still getting around doing the best job we can with the new rules to try and control the front tyre wake as it passes further down the back of the car.

“Everyone’s doing the same thing but in different ways, and that’s about getting that dirty air out of the way. It’s just another slightly different way of doing that.”

If the new front wing delivers, then Williams may well keep it on the FW42 for the rest of 2019.

“It might do, but we’re not assuming that at the moment, it’s very much part of the R&D for next year at this stage,” said Robson. “But we’ll see how it performs.”

This isn’t likely to be the last updates that Williams try out in 2019, but Robson was giving little away.

“There’s a few more bits and pieces,” he confirmed.

“Some things that might stay on the car for the rest of the season if they’re better, other things that are just more R&D-type work and finalising the aero plans for next year – and checking correlation back to the tunnel again.”