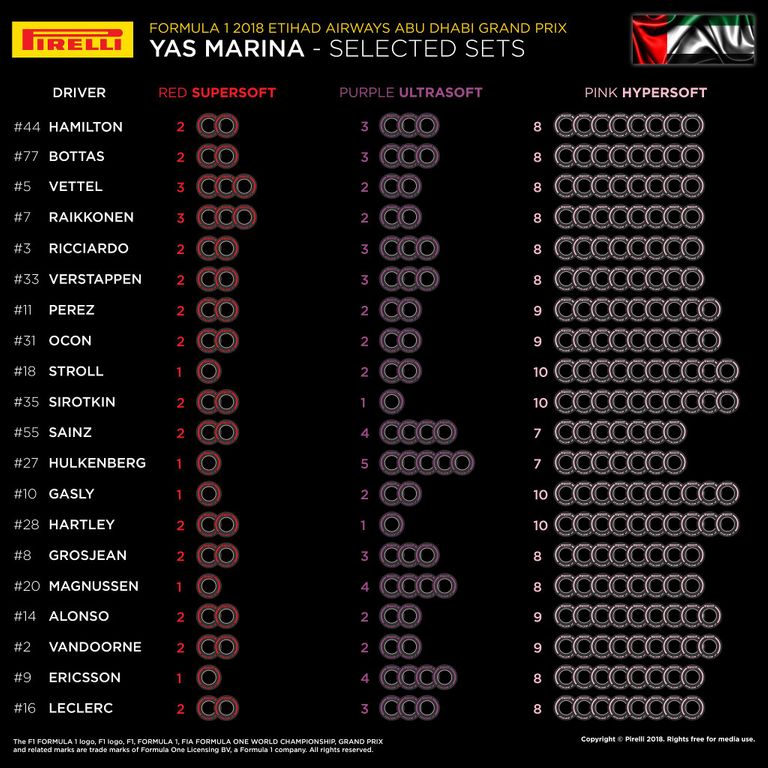 Williams and Toro Rosso are all in on Pirelli’s hypersoft tyres in Abu Dhabi, taking 10 sets of the pink tyres.

While all the teams have embraced the hypersoft tyres for the season finale, Formula 1’s bottom two teams have gone all in.

Lance Stroll and Pierre Gasly have 10 hypersofts, two ultrasofts and one set of the supersoft tyres while Sergery Sirotkin and Brendon Hartley have 10, one and two.

As for Formula 1’s front runners, they’ve all gone with eight sets of the hypersofts while Mercedes and Red Bull have three ultras and two supersofts and Ferrari have two and three respectively.