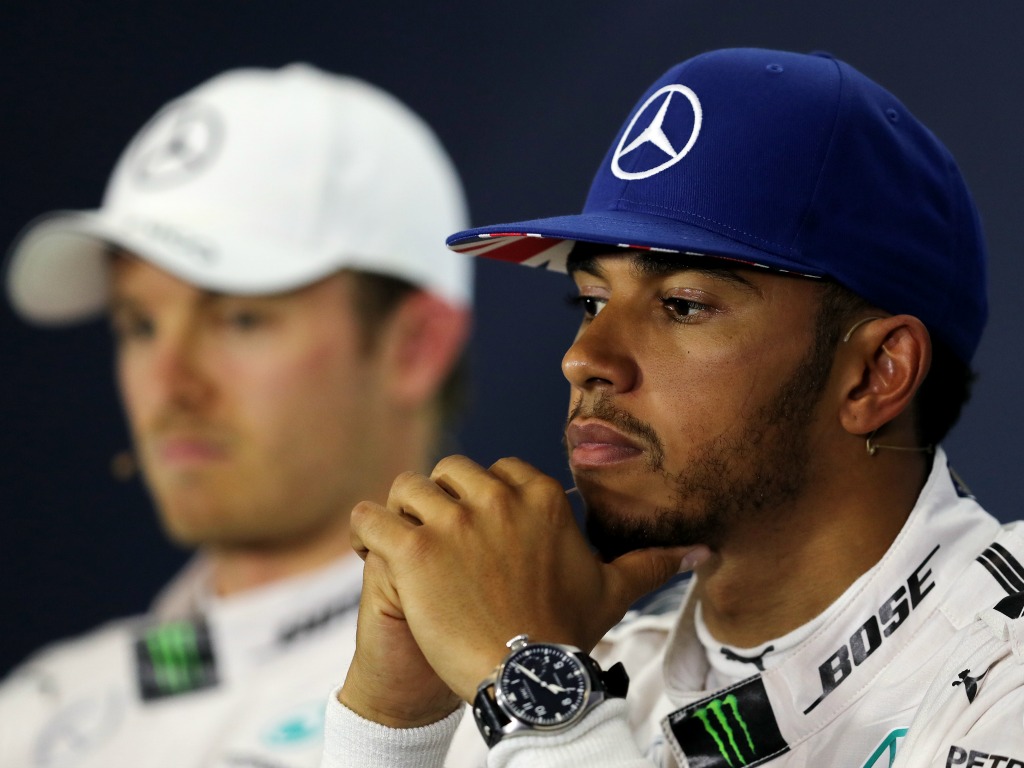 Mercedes boss Toto Wolff  is “a bit nervous” of a 2016 repeat with Lewis Hamilton now battling Valtteri Bottas at the Spanish Grand Prix.

The Silver Arrows duo locked down the front row ahead of Sunday’s race, but attentions have already turned to the history books and to one of the biggest chapters in Hamilton’s rivalry with Nico Rosberg in 2016.

The pair collided just four corners into the race when battling for P1 and ended in both cars being marked with a DNF in the results column.

Hamilton and Bottas briefly squabbled over first place at the start of the Azerbaijan Grand Prix last time out and Wolff is hoping that the battle does not escalate further.

“A bit nervous is probably the right state of mind,” Wolff told Sky Sports F1 after qualifying in Spain.

“They know how important it is tomorrow to stay out ahead in Barcelona as it is a track where it is difficult to overtake.

“But these guys [Lewis and Valtteri] are in a totally different place with each other.

Asked if Mercedes will be playing the Hamilton v Rosberg incident from Spain 2016 in the pre-race briefing, Wolff replied: “We might have a little chat about that but they know exactly [what not to do].”

A whopping six tenths separated pole sitter Valtteri Bottas and Lewis Hamilton come the end of Q3 and Wolff discussed some of the contributing factors behind the unusually large gap between the Mercedes duo.

“It was an unfortunate session for Lewis because we couldn’t charge the battery properly after pitting in Q2,” Wolff explained.

“So therefore his first run in Q3 was a bit compromised by the traffic. It started on the wrong foot [for Lewis] but Valtteri is good form and I guess deserves to be on pole.

There was a distinct lack of improvement on the final Q3 laps, with the cooler weather conditions playing a role.

Wolff said: “It could have even been the lower track temperature or you see in one of the corners there was a massive [amount of] gravel.

“You saw that the final sector was really down [on time] for everybody.”