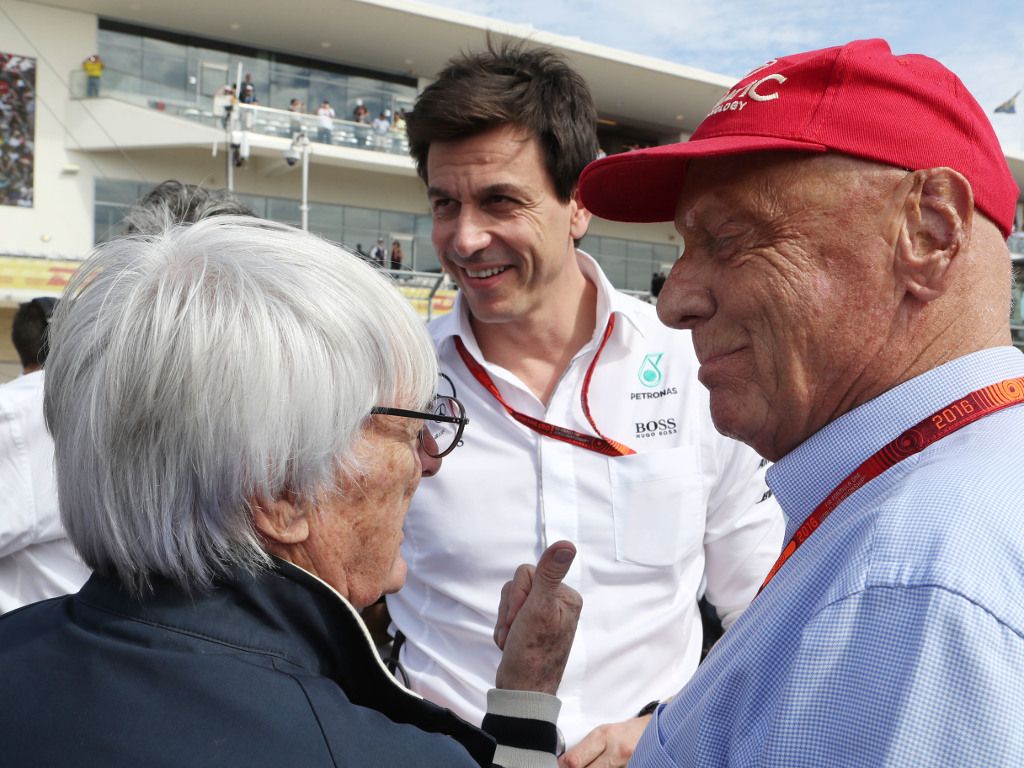 Wolff and Stroll recently met with Ecclestone, who was ousted from his role as F1 boss when new owners Liberty Media took control of the sport, at his home in Switzerland.

During the meeting, the conversation turned to the possibility of launching a breakaway series should the teams not agree with Liberty Media’s plans for 2021.

Ecclestone, though, doubts it will ever happen.

The 88-year-old told RaceFans.net: “I don’t think it would ever happen.

“I can’t see they’d get everyone to agree.

“They’d need to get all the promoters to agree, everyone to agree.

“But when it comes to pulling the trigger there’s a big list of missing people.”

On Tuesday the teams will finally have some clarity from Liberty Media about their plans for F1’s future.

The sport’s owners will meet with the Strategy Group and then the F1 Commission to lay out their proposed plans for 2021.

Meanwhile Racing Point have downplayed the meeting with Ecclestone.

A spokesperson said: “There was a meeting of old friends for dinner in Gstaad. These suggestions of a breakaway series are nonsense.”