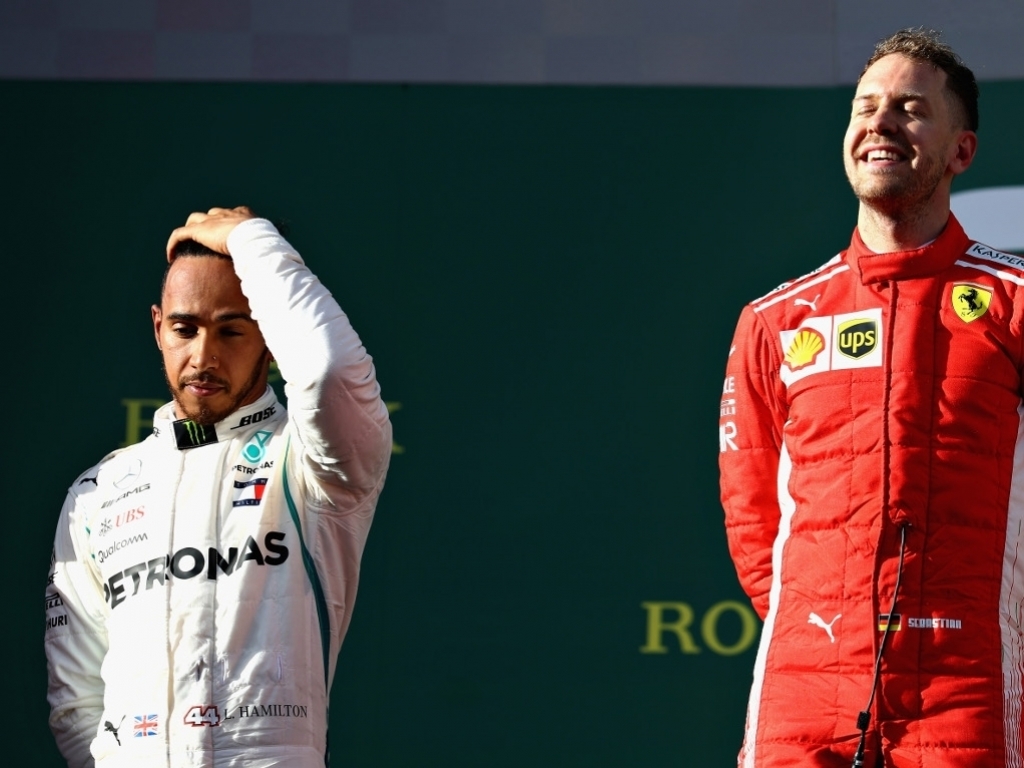 Toto Wolff has rubbished suggestions Lewis Hamilton was in way to blame for losing the Australian GP win, insisting it was a software glitch.

Hamilton was leading the Australian Grand Prix but handed P1 to Sebastian Vettel when he came in for his one and only pit stop.

The German, who had yet to stop, was handed a lifeline when the Virtual Safety Car came out for Romain Grosjean’s retirement.

Vettel, pitting under the VSC some seven laps after Hamilton’s stop, left the pits in first place with Hamilton second.

A confused Hamilton immediately asked his Mercedes team what had gone wrong.

“What just happened, guys?” he said over the radio. “Why did you not tell me Vettel was in the pits?

“Was that my mistake? Was I supposed to go quicker through the safety car?”

Told that Mercedes were looking into the data, he asked: “Was he in my pit window?”

Mercedes replied: “We thought we were safe, but there’s obviously something wrong.”

Hamilton was unable to overtake Vettel in the closing laps and had to settle for second place in a race where he looked to be on course for a comfortable win.

Mercedes motorsport boss Wolff told Sky Sports: “Very hard to take because we had the pace but for whatever reason we lost the win.

“We thought we had about three seconds margin (over a possible Vettel pit).

“I don’t know we need to ask the computers which is what we are doing at the moment and if we have a software problems we have to fix it.”

Asked if Hamilton had driving too slowly when the VSC was out, Wolff said: “No, no, no, absolutely I think the problem is within our systems.

“I think we have a bug somewhere that told us 15 seconds is what you need, we had 12, it should have been enough but it wasn’t.”

He added: “I think we have a software issue with the VSC data, a situation that we haven’t had yet with a special constellation of cars on track, one going in high speeds and one in slow speeds.

“The gap that we needed was wrongly calculated by the systems.

“I think the way the algorithm is set up, the way the computer is being programmed, we always had the green light and the gap was enough for us to stay ahead.

“Then we saw the TV pictures and it wasn’t enough.”