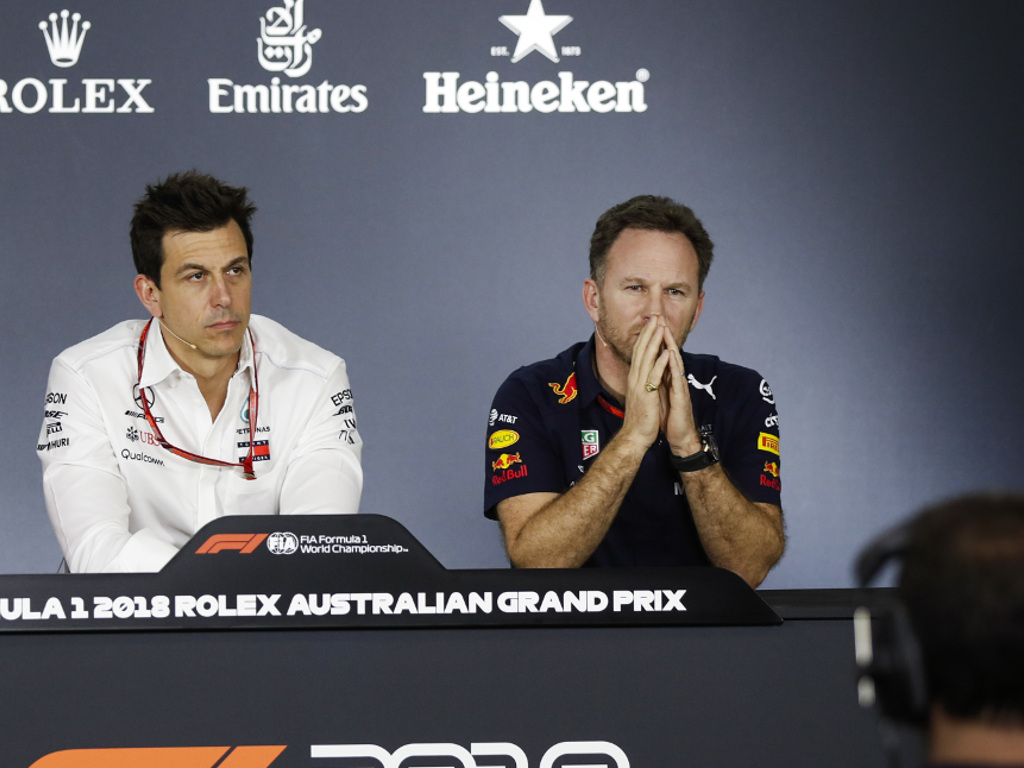 Christian Horner reckons Mercedes would be the only team to complain about returning to last year’s tyres and he’s right, Toto Wolff isn’t happy that his rivals are complaining.

This season Pirelli introduced thinner gauge tyres, the same tyres that they ran in Spain, France and Britain last year – two of which were won by Mercedes.

The Brackley squad seems to understand the rubber better than the other teams and have raced to six wins on the trot in this campaign.

This has led to calls from rival teams for Pirelli to return to last year’s tyres.

“The best thing obviously would be if they went back to last year’s tyres,” Red Bull team boss Horner told Sky Sports in Montreal on Saturday.

“But in the interests of entertainment in Formula 1 that would be a noble thing for Pirelli to do.”

However, Wolff isn’t at all happy that Mercedes’ rivals want to change tyres.

Calling it “opportunistic actionism”, he told Motorsport.com: “Every year we have new tyres from Pirelli. Sometimes you manage to understand them quicker. Sometimes you struggle more.

“As fair competitors out there, we need to make the best of what’s been given to us unless it becomes a safety issue. Like we’ve had in the past.

“I think we need to protect and support Pirelli in their task to give a tyre that hopefully suits everybody. This is what we’re doing and not letting ourselves to be distracted with voices that don’t matter.”