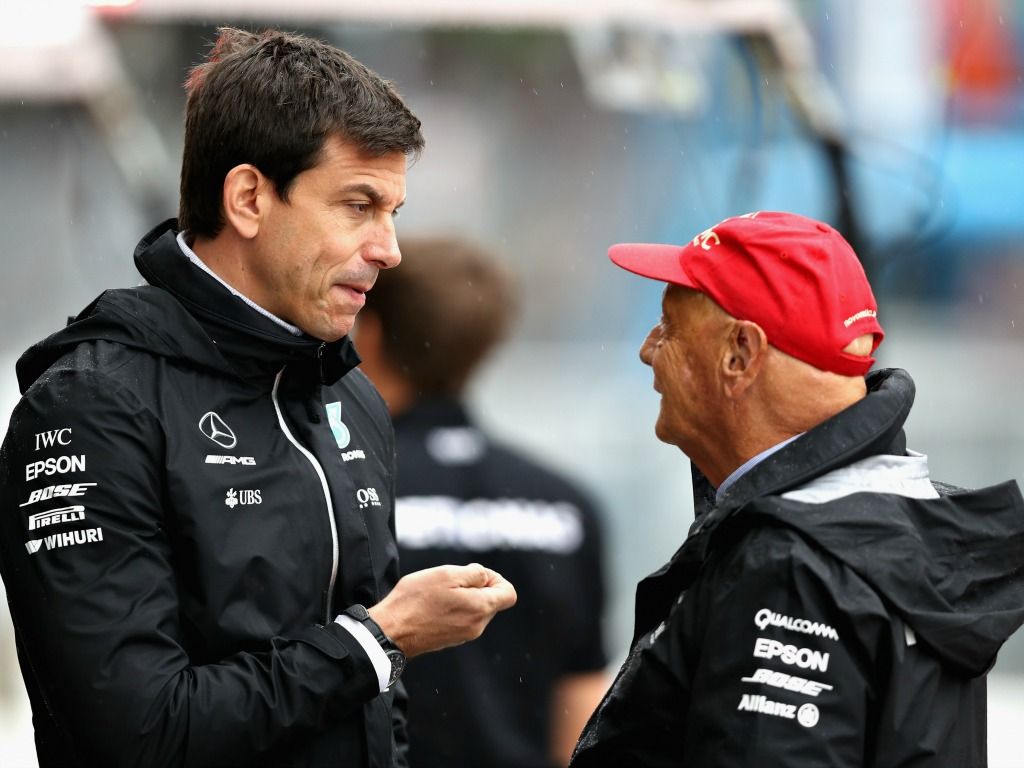 Mercedes team boss Toto Wolff has admitted that Niki Lauda will “definitely” return in 2019, and that he is “looking forward” to it.

The three-time World Champion was forced to undergo a lung transplant after a sudden illness during the summer.

Lauda has been in recovery ever since, and recently revealed that he received a hand-written letter from Sebastian Vettel.

After being absent for the second half of the season, Wolff is confident that his countryman will return to the grid in 2019.

“Last season was a real battle, where things went up and down.

“Then we had to process the shock of Niki.

“It first looked like an innocent illness, but that changed dramatically within a few hours, and every minute counted to get him to the hospital in Vienna.”

Wolff admitted that he noticed Lauda’s absence more as the season went on, and not just in a professional capacity.

“We’ve been leading this team together for the last five years,” he added.

“So I’ve noticed his absence more than anyone as a sparring partner and as a friend.

“That’s why I’m looking forward to 2019, so we can walk this path together again.”

Wolff also admitted that he was not exactly sure when his colleague would return to the Formula 1 paddock.

“Only the doctors and Niki make announcements about that,” he continued.

“We don’t want to raise expectations.

“Preferably I’d like to see him back at the season opener in Australia, but his health has the priority.”