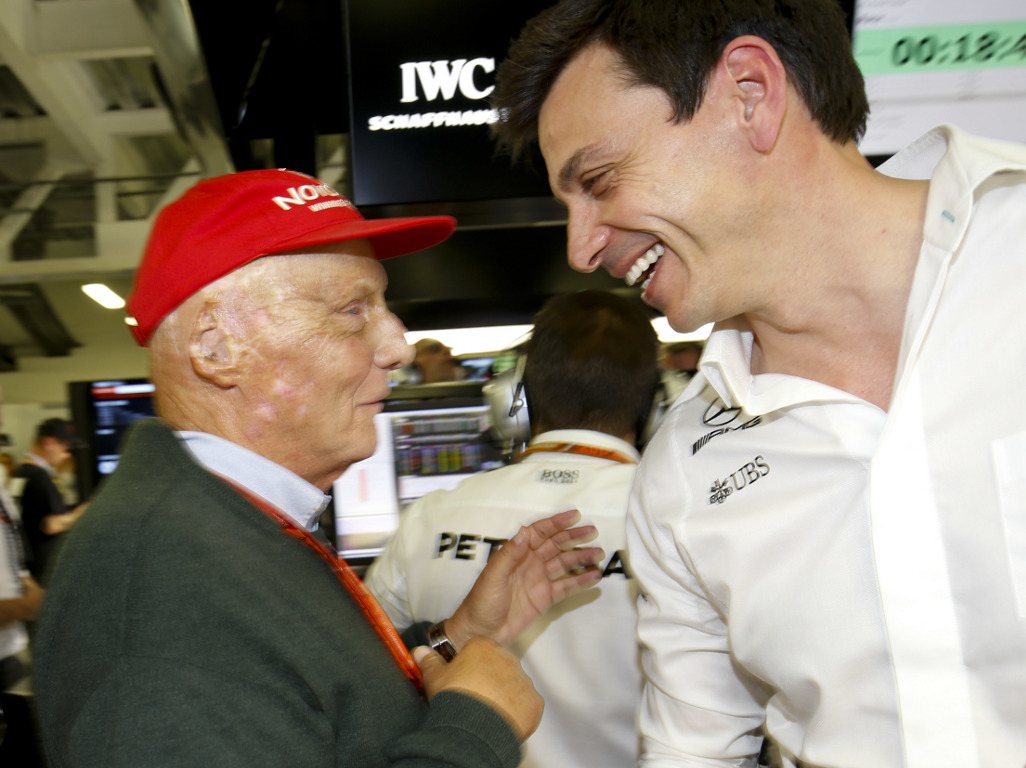 Lauda’s family announced in the early hours of Tuesday morning that the three-time World Champion had passed peacefully in his sleep.

Lauda, 70, will forever be remember for his remarkable fightback having suffered life-threatening injuries and burns in a crash at the 1976 German GP.

Three races later he would be back in the cockpit, finishing the season runner-up to James Hunt in the championship.

He passed away on Monday.

“First of all, on behalf of the team and all at Mercedes, I wish to send our deepest condolences to Birgit, Niki’s children, his family and close friends,” he said in a statement.

“Niki will always remain one of the greatest legends of our sport – he combined heroism, humanity, and honesty inside and outside the cockpit.

“His passing leaves a void in Formula One. We haven’t just lost a hero who staged the most remarkable comeback ever seen, but also a man who brought precious clarity and candour to the modern Formula One. He will be greatly missed as our voice of common sense.

“Our Mercedes team has also lost a guiding light. As a team-mate over the past six and a half years, Niki was always brutally honest – and utterly loyal. It was a privilege to count him among our team and moving to witness just how much it meant to him to be part of the team’s success. Whenever he walked the floor in Brackley and Brixworth, or delivered one of his famous motivational speeches, he brought an energy that nobody else could replicate.

“Niki, you are quite simple irreplaceable, there will never be another like you.