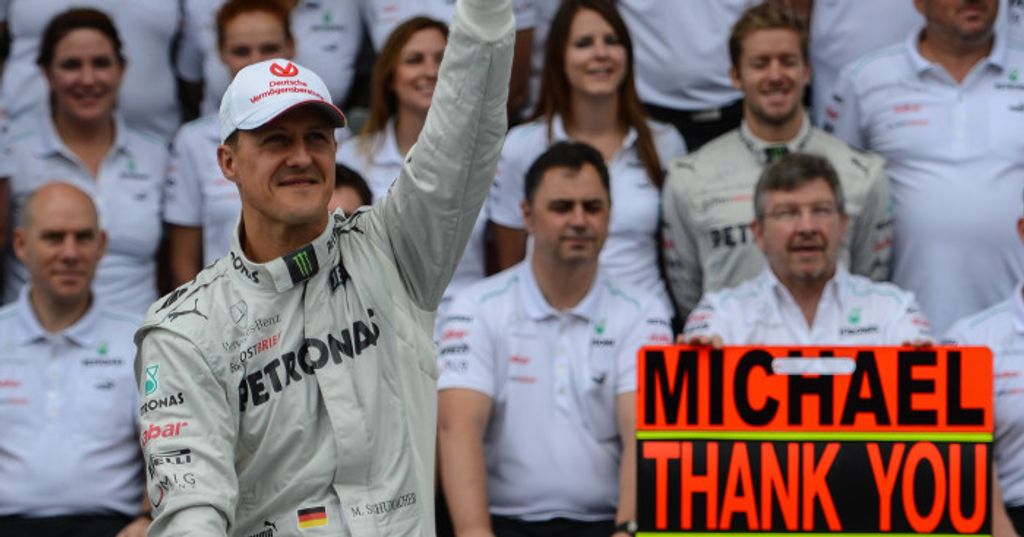 After retiring in 2006, the seven-time World Champion would return to the sport three years later, signing for the Silver Arrows’ relaunched works project in 2010.

He was partnered by fellow German driver Nico Rosberg – and Wolff believes Schumacher laid the foundations for Mercedes‘ domination of the hybrid era, after claiming five consecutive double World Championships between 2014 – 2018.

Speaking on Thursday – Schumacher’s 50th birthday, Wolff told the official F1 website: “Michael is one of the founding fathers of the success we have had in the last five years.

“There is no other driver like him and his vast experience contributed tremendously in the development of our team.

“He played a crucial role when we re-joined F1 and was one of the people who laid the foundation for our future success.

“We’re extremely grateful for everything he did for us. Today, we all tip our hats to you – happy birthday, Michael!

“He has (also) had a tremendous impact on Formula One. Not only did he set an incredible record – a record that is yet to be beaten – but he also shaped and changed the sport forever.

“As a driver, Michael took Formula One to a whole new level with his attention to detail and his technical knowledge.

“He did everything with great determination, from his engineering debriefs to his physical training, and was always searching for new ways to improve his on-track performance.” 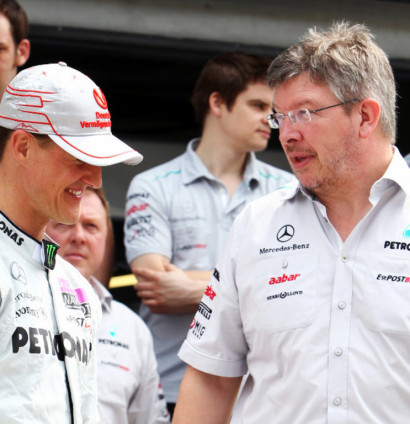 Wolff took over at Mercedes from 2013, just after Schumacher had departed, but one man who knew the legend very well after years of success together is Ross Brawn.

Brawn – the current F1 motorsport chief, worked with Schumacher for all but three of his record 91 Grand Prix victories.

As Mercedes’ team principal in 2010, Brawn played a huge part in bringing Schumacher back to Formula One.

Brawn spoke about his memories of working with the German racer on the official F1 podcast Beyond The Grid, presented by Bose, in an episode dedicated to the legendary German driver.

“What was interesting about that period with Mercedes and in fact, I remember [Mercedes engineer] Andrew Shovlin talking to me after they won the first one or two of their world championships, how much he felt Michael had contributed to that success,” Brawn explained.

“Michael had helped to instil and reinforce the principles of how to do things in that period.

“I had worked with Michael, I knew what he was like, I knew the standards he maintained and the levels he worked to, but those guys hadn’t.

“Michael’s work ethic, discipline and application just won everyone over and it raised the standard of the team in knowing what they could or should be doing.

“I think I had an impact but Michael had just as much or even more of an impact when he came and worked there.”