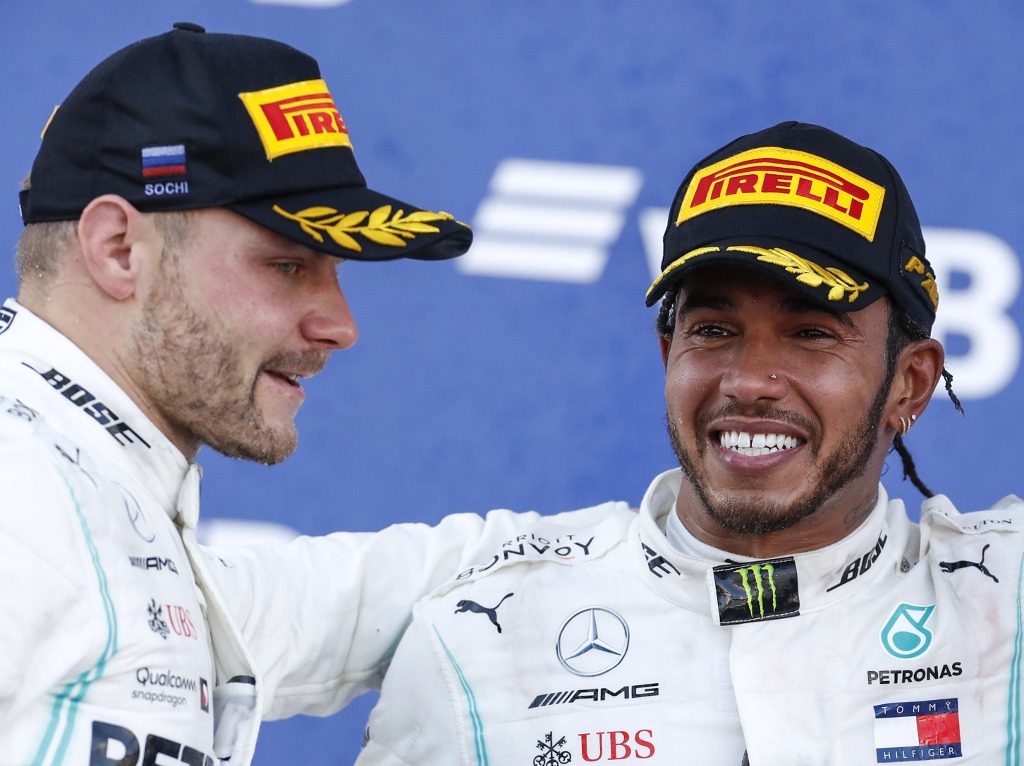 Toto Wolff is adamant Mercedes will be “very neutral to the drivers” in 2020 despite massive accolades at stake.

Next season Lewis Hamilton will race for a seventh World title and the honour of matching Michael Schumacher’s all-time record.

On the other side of the garage, Valtteri Bottas will be fighting for his first.

Although Bottas started this year’s championship on a high note, the Finn fell behind Hamilton as the campaign progressed, finishing 87 points off the pace.

Mercedes, given their form over the past six years, are already being billed as the favourites for next year’s titles with Wolff saying he will be fair to both drivers.

“Next year is the tricky one,” he told the official F1 website.

“But at the moment there is just such a strong bond within the team, that it’s a good place to work at, and for me personally, I take great contentment from the relationships within the team, and that has been a very, very strong part of our success.

“We have been always very neutral to the drivers, and we want to provide them with equal equipment and equal opportunity, and [for them to] both know that. There is no hidden agenda within Mercedes, and no politics.

“I think we will see how we get out of the blocks, and I hope Valtteri will have a great season, but equally I obviously cheer for Lewis to giving it his best at a seventh title to equal Michael’s record.”

For now, though, Wolff is just relieved that 2019 is over.

Although this year’s championship once again yielded huge success for Mercedes, it was a difficult season on a personal note as the team lost Niki Lauda.

The non-executive director passed away in May having battled illness.

“I think overall, the season with all its up and downs, was tough, and for me this is the best moment now – somehow total relief,” he said.

“It wasn’t before, even when we won the championship, but this is Abu Dhabi now, the last race, it’s finally over. We can go home.

“At the moment, I feel just relief for the first time this season and I have this sense of fun, thinking about next year, which is a positive sign.

“So I think we need to sit down and define the objectives for next year, see where we can improve, where we need to maintain the level. That’s an exciting exercise.”