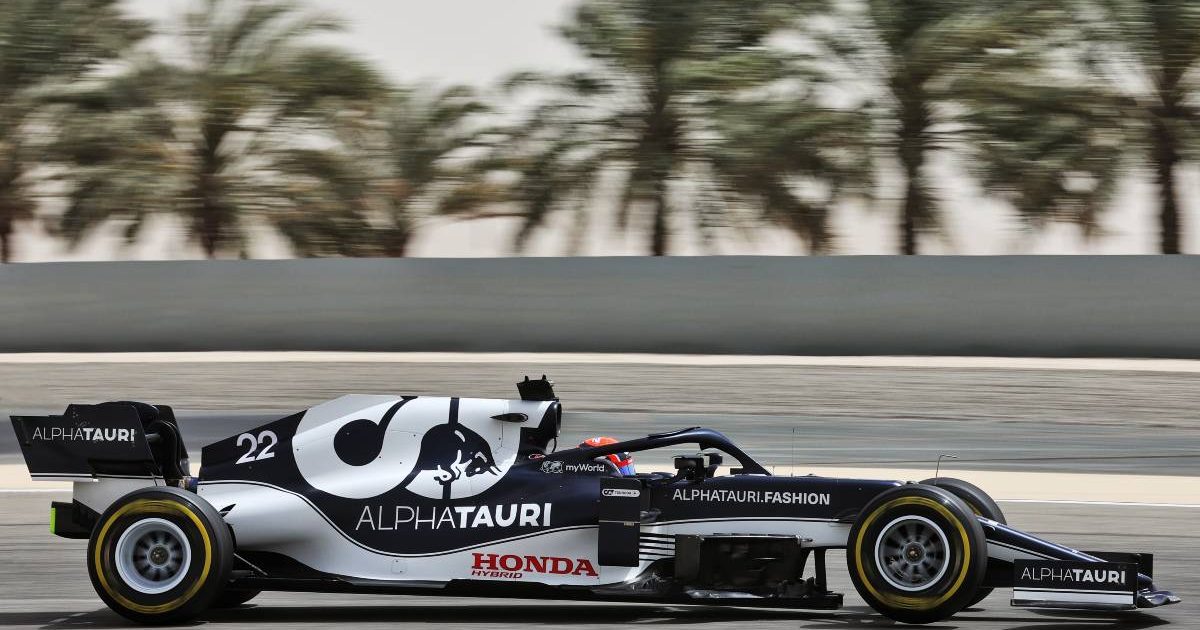 Yuki Tsunoda added 57 laps to his initial 37 in pre-season testing – but a number of niggling issues with his AlphaTauri caused him “stress”.

The Japanese rookie is two weeks away from his Formula 1 race debut at the same Bahrain International Circuit, and will be hoping that goes much better than his Saturday morning testing session.

Although the 20-year-old was less than half a second off the best time set by Daniel Ricciardo in the McLaren in the morning session, he was troubled by several teething problems with the AT02 that prevented him from maximising its performance.

“The mileage side compared to yesterday was a good step,” Tsunoda, who has been fast-tracked to the AlphaTauri team after three consecutive promotions through junior series, told the Formula 1 website.

“But on the first medium-tyre push the DRS was not working. In the last C4 push-laps, on the pedals something broke.

“And at the end of the last lap I lost power, so I couldn’t drive a normal stint.

What he found himself having to contend with clearly played on Tsunoda’s mind and he will try to banish the negativity before his final half-day’s test on Sunday, having handed the car over to team-mate Pierre Gasly for the afternoon.

“It was a bit stress[ful], to be honest,” said Tsunoda, winner of three Formula 2 races last year when he also took four pole positions.

“We had a different issue almost every stint. Like not being able to use DRS makes a massive difference to the braking points.

“But it’s okay, I still have one more [half] day. I just have to forget today, reset my mind and drive my best tomorrow.”

AlphaTauri won the Italian Grand Prix last year via Gasly and have stated their main aim for 2021 is to push higher up the Constructors’ World Championship standings after finishing seventh in 2020.

Gasly had said after his running on Friday that “maybe it’s too early to say the car is fast but the feeling is good” – and whatever problems Tsunoda encountered in the morning did not appear to be replicated during the Frenchman’s Saturday afternoon stint in the car, the early part of which was dedicated to a long-run programme.