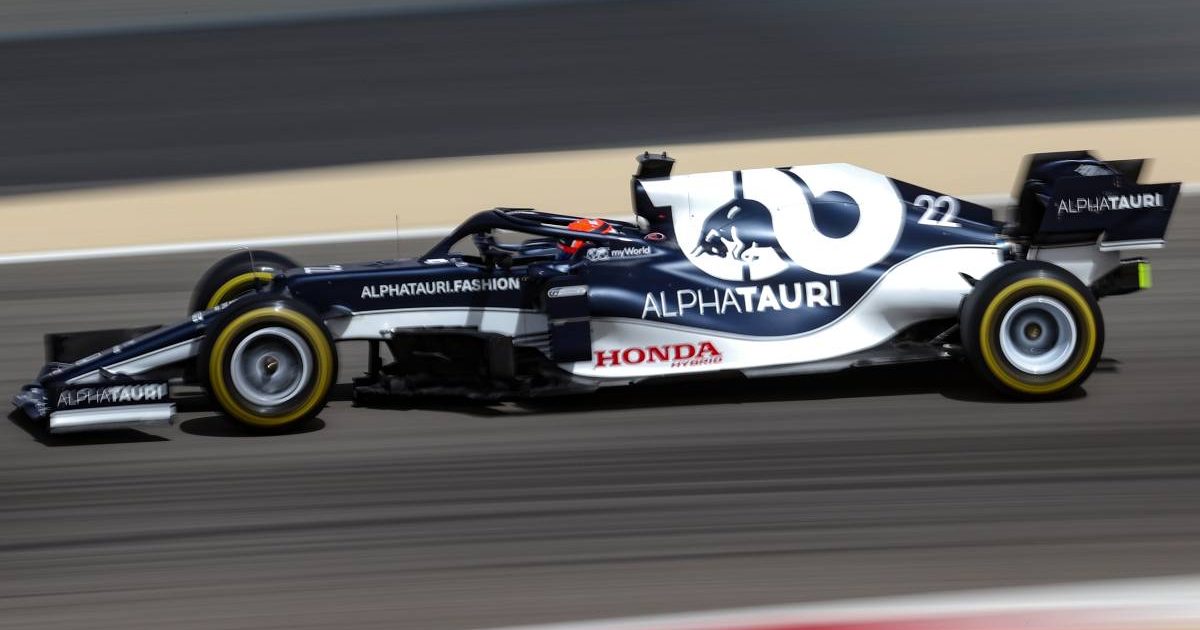 AlphaTauri have explained the series of eye-catching lap times by Yuki Tsunoda in pre-season testing – he was activating DRS too early!

The Japanese rookie lit up the timing screens with one purple sector after another during the final session of the three days of running in Bahrain.

Vying with Red Bull’s Max Verstappen for the fastest lap, Tsunoda eventually ended up second quickest of the entire test – not that times can be considered truly representative for it is not a level playing field.

And that was certainly the case with AlphaTauri’s newcomer, for whom data revealed he was opening his DRS between 100 and 200 metres earlier than the other drivers on the pits straight – something which does not result in any penalty.

AlphaTauri team principal Franz Tost explained to Sky Germany: “Yuki is still a newcomer. The DRS is usually automatic. He activated it too early during the tests. He won’t do that in the future.

“We also have to be careful – we don’t know exactly how much fuel the other teams were using but the fact is our car works quite well.

“Both drivers are in good shape, and especially Yuki was convincing.”

check-in with @pierregasly and @yukitsunoda07 as they debrief our 2021 pre-season test in Bahrain 👊 🇧🇭 pic.twitter.com/Tz8kav4pbY

There had been suggestions that Tsunoda’s impressive times were due to his car almost being down to fumes in terms of fuel load.

But Tost denied that and instead attributed it to the DRS scenario. “There was still gasoline on board. We could have done at least 10 to 15 more laps,” confirmed the Austrian.

Nevertheless, it was still a very positive test for AlphaTauri because nobody completed as many laps as their other driver, Pierre Gasly, while the team’s total of 422 across the three days was also unsurpassed.

The hope within the Italy-based squad is that, after their surprise victory through Gasly on home soil at Monza last year, they can push up higher than their 2020 finishing position of seventh in the Constructors’ World Championship.

“I hope we are able to present a great result every now and then,” said Tost.

“The fact is Mercedes and Red Bull are in front. If nothing happens to them and everything goes according to plan, it will be difficult to win a race.

“But placings in the top five should be possible now and again.”