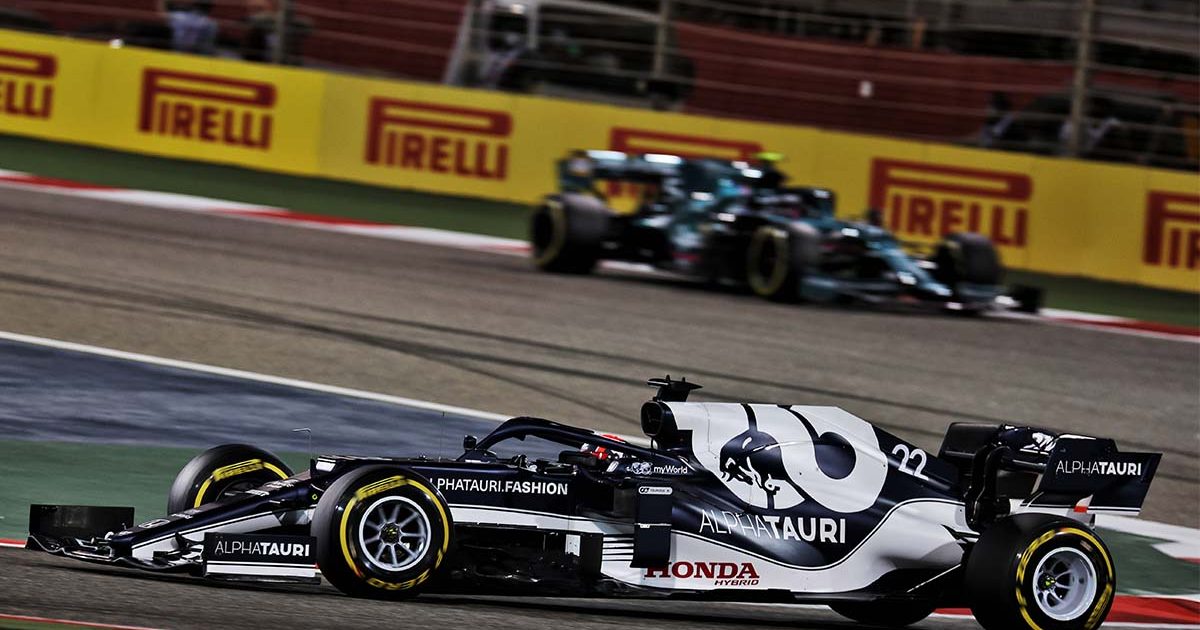 Yuki Tsunoda admitted to feeling “a bit sorry” for Fernando Alonso as the AlphaTauri rookie passed the two-time World Champion in Bahrain.

Tsunoda arrived at his new team in the off-season fresh out of a P3 finish in Formula 2 last year and there has been plenty of excitement surrounding the Japanese driver.

He impressed during testing and did not disappoint on his opening race weekend either, finishing his debut F1 race in P9, gaining four places on his starting position.

On his way to those two points added next to his name on the standings, Tsunoda passed the returning Alonso, someone the 20-year-old has a lot of respect for.

As quoted by Racer, he said: “It was a bit emotional when I passed Fernando. Last time I saw him, 12 or 13 years ago, when I was seven or eight years old.

“So, into Turn 1, I just trusted Fernando’s skills and just launched it — you know, like a rookie. I felt a bit sorry about it, but I just launched it from pretty far away, so there were a few emotional things. Of course it’s not the same car but I was happy for that.”

Given Tsunoda was just nine months old when Alonso made his F1 debut back in 2001 – sorry for making you feel old, Fernando – the AlphaTauri driver was able to grow up watching the Spaniard play a key role in the sport.

His father was a big admirer of Alonso, too, and so Tsunoda took the opportunity to learn as much as he could from the experienced driver’s style on track.

“My father is quite a big Fernando fan, especially his driving style,” said Tsunoda. “My father likes his driving. The first time my dad saw Fernando was at Suzuka and he said his acceleration from the last corner is the best of any driver on the grid. So, of course, I also followed Fernando.

“I drove with him a couple of laps and I learned from him how he managed the tyres on the corners, how he was driving every corner.

“After I passed him, I tried to copy his driving and a couple of corners were better from my car as well. Hopefully I don’t have to drive against him the next time — I want to be further ahead to start. The cars are different. The things I learn from him will be big for the future.”