Home News Tsunoda owns up to another ‘mistake’ in qualifying 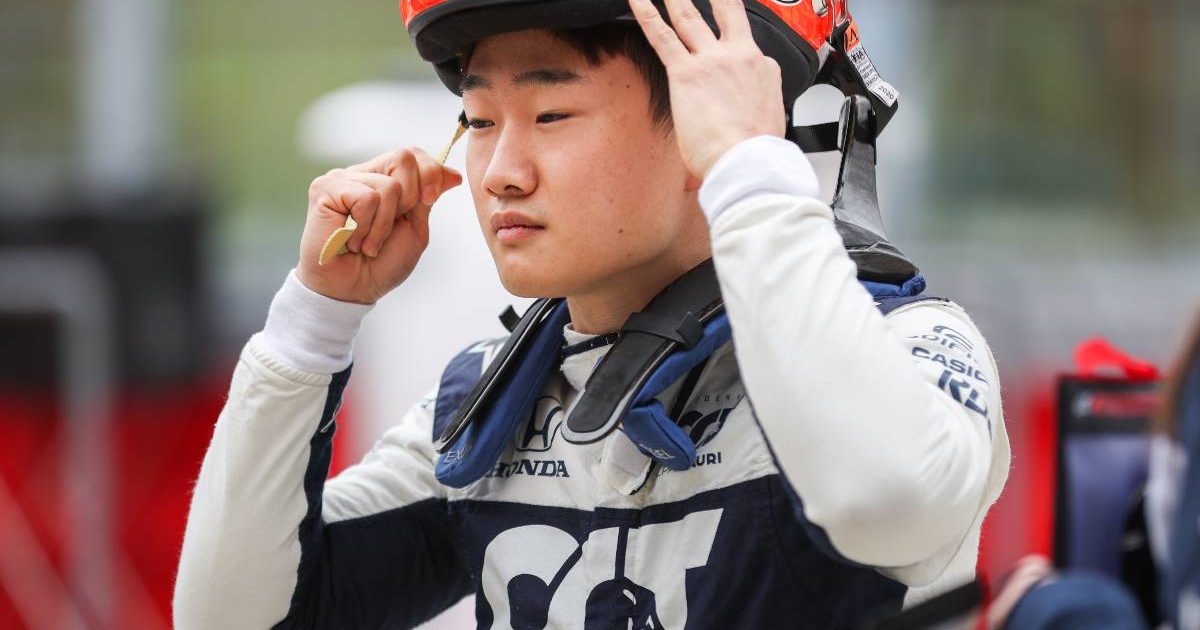 Yuki Tsunoda has said that trying to stop his car as he went backwards into the barriers in Q1 was “like ice skating” – conceding he had made another mistake.

The AlphaTauri man would have headed into qualifying hoping to make it into Q2 at the very least but his session was over before it even began.

Q1 was red-flagged before anyone had even completed a single flying lap as Tsunoda spun at Turn 1 and crashed into the barriers backwards.

He managed to slow the car down enough so that the impact on the rear-end of his car wasn’t too severe, but he was forced to retire from the session nonetheless.

Discussing the incident in the paddock afterwards, he said that the surface felt like ice.

“I hit the inside yellow kerb too much at Turn 1. I didn’t expect such a sharp car,” he said.

“But yeah, still my mistake. When I applied the throttle, I think the rear tyre was still on the yellow kerb, and I spun out. I tried to brake as hard as I could to avoid damage and not smash the barrier.

“It was like ice skating when I was going backwards. The impact was quite low, the gearbox is not damaged, but we have to see.

“The impact was quite low, so I thought I could manage to get out from there, but the gear was not working somehow, so I had to check.”

The crash means that he’ll start down in P20 for the race, and given that it’s difficult to overtake at Paul Ricard, he’s expecting a challenging race. But, he is also hoping for some chaos.

He added: “I’m gonna start from the back, and also, it’s quite hard to overtake. I have to do every lap as hard as I can and hope the situation can be a bit different or special but push hard as I said.”

another race, another Q3 appearance ✌️ @PierreGASLY's on a roll! 👇

As has often been the case this season, the other AlphaTauri of Pierre Gasly enjoyed a much better day, qualifying in P6 for his home race.

He looked strong throughout qualifying and put the good performance down to some overnight changes.

“It’s been quite a difficult weekend up to this point,” Gasly told reporters.

“I haven’t felt that comfortable in the car and we’ve struggled a bit with the changing conditions We’d made lots of set-up changes to the car across the weekend and it all came together for qualifying.

“I knew I had just one shot to get it right in Q3. My adrenalin levels were high, and I managed to put an even better lap together, so I’m very happy with that.”