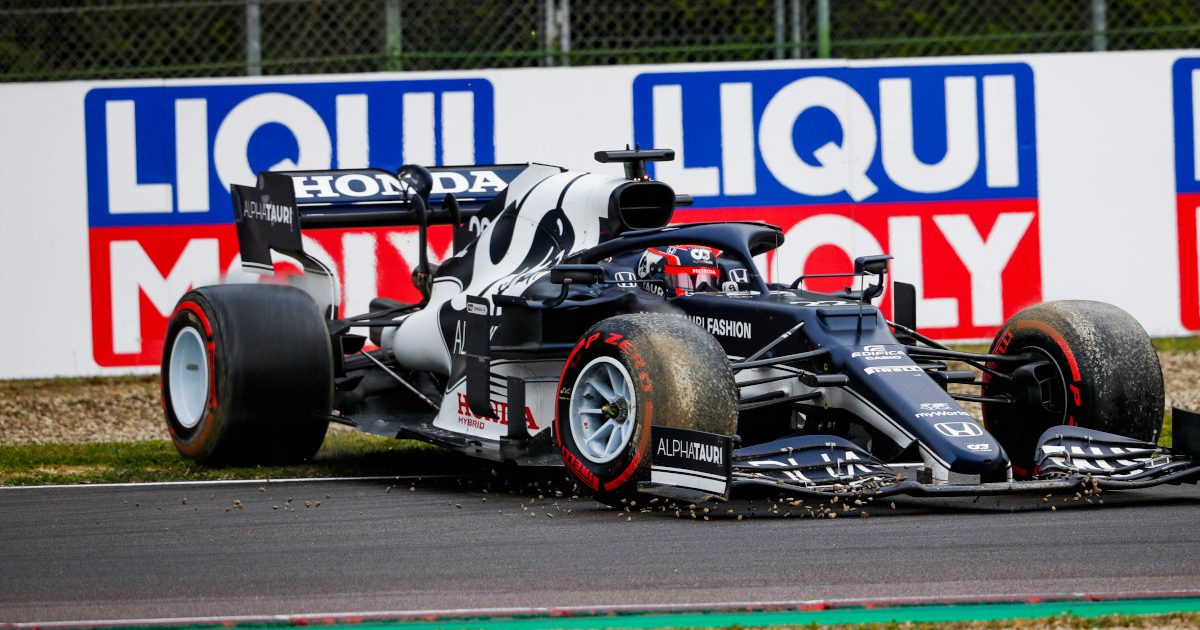 Yuki Tsunoda doesn’t need Helmut Marko to tell him his mistakes at Imola weren’t good, the rookie declaring that it was “really not acceptable”.

After finishing in the points in Bahrain, Marko announced to the world that Tsunoda could become Japan’s first ever F1 World Champion.

Fast forward to the Emilia Romagna Grand Prix and it was a very different story.

Tsunoda crashed heavily at the start of qualifying, bringing out the red flags, as he slammed into the barriers at the final chicane.

And while his mistakes in the grand prix weren’t as big, spins without contact in the wet, he also incurred a five-second penalty for track limit violations.

He admits it wasn’t a good performance at all.

“Doing mistakes two days in a row. For me? Not acceptable. Really not acceptable,” Tsunoda said, as quoted by RaceFans.net.

“I just learn from it this time, but just improve next time.”

Tsunoda spins into the gravel, and Ocon takes a trip through too, but both continue#ImolaGP 🇮🇹 #F1 pic.twitter.com/HoUb9qwA9m

Speaking about his race to the official F1 website, the AlphaTauri rookie said: “I was too aggressive into Turn 2.

“After that my pace was really good so it was a shame that I spun on the first lap and couldn’t get points.

“I feel sorry for the team.

“Overall this weekend was really tough for me. But I’ll learn from it and do better next time.

“It was possible to get points this time but like I said this is a learning curve, just don’t it again next time and make it a better race.”

His biggest mistake of the weekend, though, was his crash in qualifying.

One of the first out on track, he hit the barrier at the final chicane on his flying lap.

“For me, Q1, completely my mistake,” Tsunoda said. “Even in Q1, like when I see car performance overall this week, I don’t have to push like that much.

“I don’t know why, I just pushed too much even though I don’t have to.”