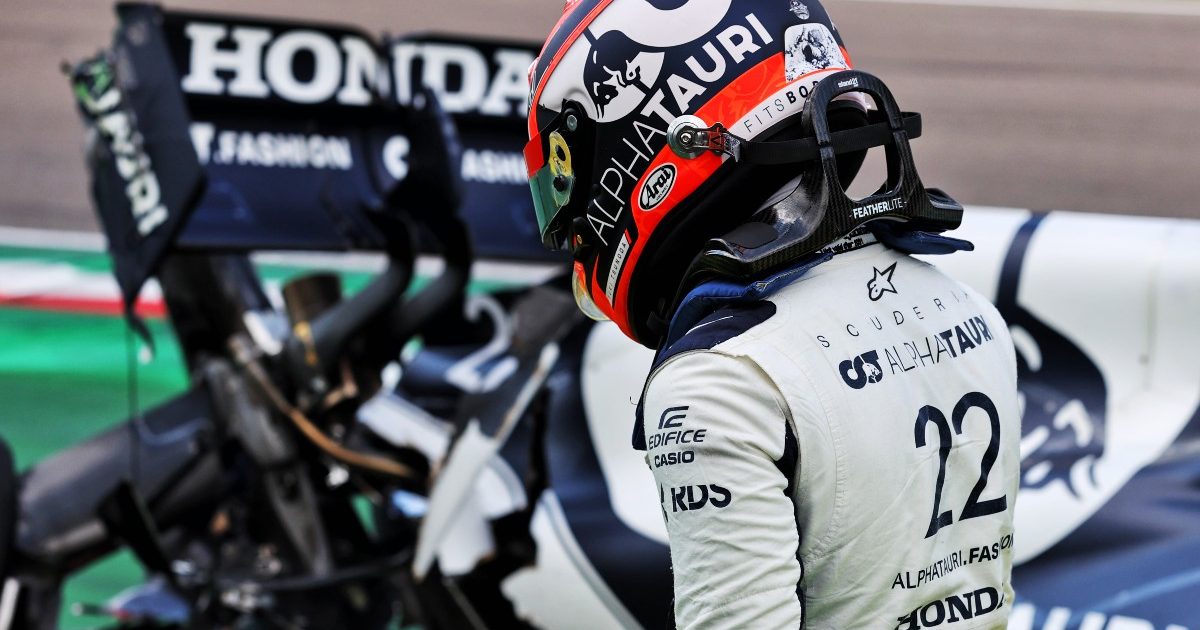 AlphaTauri aren’t concerned by Yuki Tsunoda’s mistakes, with Jody Egginton saying his crash in Imola was part of the rookie journey.

Tsunoda’s start to life as a Formula 1 driver has been mixed, to say the least.

He impressed in the season opener in Bahrain, finishing the race in P9 and making a number of overtakes, but things weren’t so good in Imola.

The 20-year-old had a quick enough car to make it to Q3 in qualifying – his team-mate, Pierre Gasly, secured P5 – but was knocked in Q1 after crashing heavily.

Reflecting on the incident, the Japanese driver said that he was pushing too hard and got carried away.

“I was just pushing too much at entry, to be honest,” he told Sky Sports F1 afterwards.

“Until then the lap felt great, actually. I think that potentially it was easy to go through Q1 with one tyre.

“I was just too excited. For me, that was a silly mistake, so I feel really sorry for the team.”

Yuki Tsunoda will have ground to make up on Sunday as he starts from the back of the field#ImolaGP 🇮🇹 #F1 pic.twitter.com/DVYbUMGqgV

Discussing the qualifying error though, Egginton, the team’s technical director, isn’t concerned by Tsunoda’s driving and doesn’t think that he needs to make any changes.

“I think it’s fair to say that he’s been reasonably measured up to now,” he said as per Autosport.com.

“The lap started well, he was not wayward earlier in the lap or doing anything that was ridiculous. Sector 1 looked quite nice, Sector 2 looked OK. He just got on the throttle a little bit early on the kerb and it’s all got away from him.

“It’s just one of those things that happens with a young driver, early in their career. I think any of these guys [in F1] have always had these incidents.

“So it’s not a trend of him pushing too hard and going over the top, it just got away from him.

“In hindsight, he probably could have taken a bit more margin, but that’s part of the rookie journey isn’t it?”

On race day meanwhile, Tsunoda made a decent recovery to get himself into contention for a top-1o finish before going off and into the gravel at the Safety Car restart, ending all hopes of scoring points.