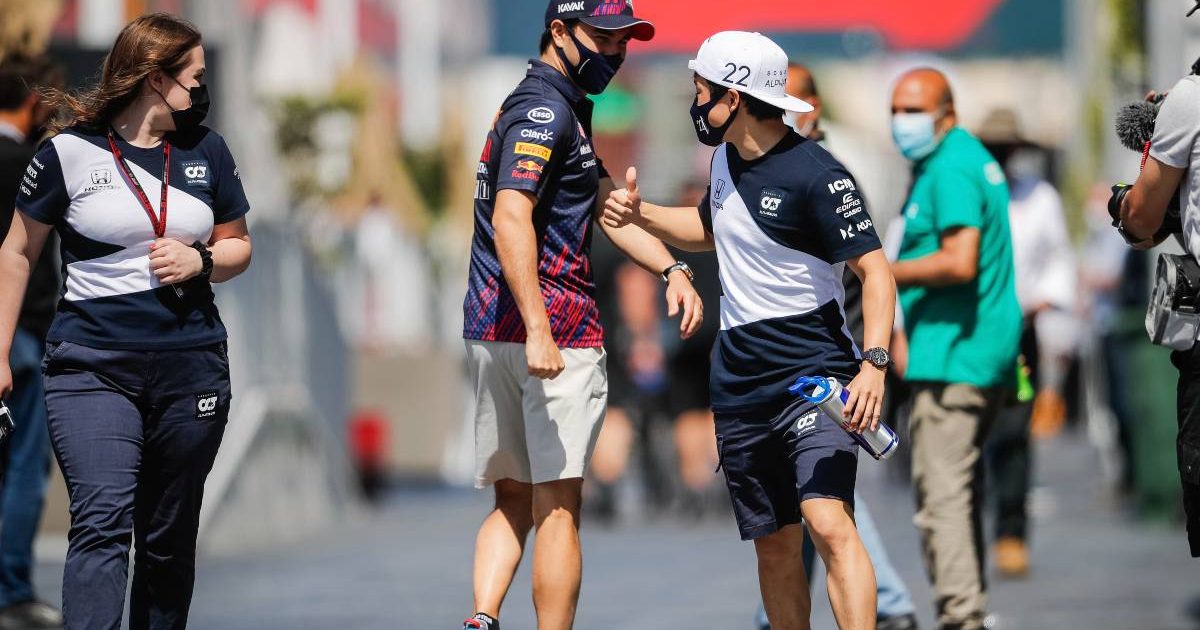 Yuki Tsunoda has thanked Sergio Perez for his words of support during a tough introduction to F1 for the rookie.

Both Tsunoda and Perez are new to their respective teams this year, AlphaTauri and Red Bull respectively, although the difference is that the Mexican had 10 previous Formula 1 seasons behind him.

They sit under the same umbrella in terms of their teams’ ownership and that is why Perez has been messaging Tsunoda to keep his chin up following some difficult times for the Japanese driver as he settled in to F1 life.

A series of crashes, especially in qualifying, have damaged not only the AlphaTauri AT02 bodywork but also the 21-year-old racer’s reputation as being an immensely promising talent, as built up by Helmut Marko, the head of Red Bull’s driver development programme.

But whereas the 78-year-old Austrian is more than happy to play the role of bad cop with some typically public criticism, Perez has been more of the friendly big brother in offering Tsunoda encouragement.

“Sergio gives me a lot of advice, especially after France or Monaco he gave me messages after I had a really bad weekend,” said Tsunoda during his press conference ahead of the Austrian Grand Prix.

“He messaged me advice and positive words, which makes me more motivated, so thank you to Sergio.

“Of course, Max [Verstappen as well], we have four drivers from Red Bull, we have a really good relationship and I will still keep pushing to improve and [be] inspired from them.”

The fourth member of that quartet, who was not name-checked by Tsunoda, is Pierre Gasly, the more senior member of the AlphaTauri line-up.

Being team-mates, it would be unsurprising if Gasly perhaps did not help his colleague too much, but Tsunoda said he nevertheless derives some benefit from the partnership and that the duo maintain a good relationship away from the track.

“I mean, I didn’t get direct advice from Pierre, like when we normally chat it’s not about racing,” said Tsunoda.

“But I just watch him for data, and I can see also how he’s approaching on the radio and I am watching those things to improve myself, inspire from him and if there’s anything I can take I just always try.”